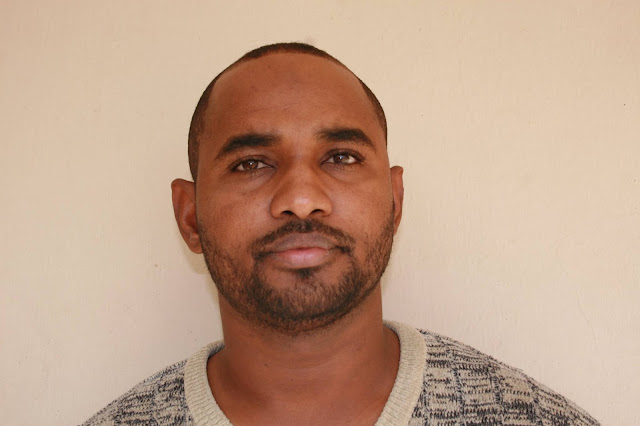 The Economic and Financial Crimes Commission today November 11th, 2016 secured the conviction of one Abdulmajid Abdulkareem before Honourable Justice Farouq Lawal of the Kano State High Court. The convict was sentenced to serve twelve months imprisonment with option of N30,000 (Thirty Thousand Naira Only) fine on the one count ammended charge of cheating.

Abdulmajid was arraigned by the Economic and Financial Crimes Commission on the 30th day of October, 2014 on a three count charge of obtaining under false pretense, forgery and using as genuine. Upon his arraignment, the convict pleaded not guilty but during the caurse of trial, the convict approached the commission with a plea bargain agreement and subsequently changed his plea in today's proceeding from not guilty to guilty.

The convict's ordeal started when the commission recieved a petition that sometime in September, 2013, Abdulmajid sold a plot of land to the complainant, Sagir Bashir Nasambo with Certificate of Occupancy No. LKN/RES/2002/712 situated at No. 2786 Dorayi Babba Street, in Kano metropolis through a hand written sales agreement dated 11 September, 2013 at the cost of N5,750.000.00 (five million seven hundred and fifty thousand naira ).

After making payments, the complainant discovered upon confirmation from the Ministry of Land and Physical Development, Kano, that the C of O presented to him by the convict was forged.

The ammended charge read" That You Abdulmajid Abdulkareem sometimes in September, 2013 at Kano within the jurisdiction of the High Court of Kano State with intent to defraud, falsely obtained the sum of N5,750,000 (Five Million, Seven Hundred and Fifty Thousand Naira Only) from Sagir Bashir Nasambo purporting to sell a property situated at No 2786 with Certificate of Occupancy No . LKN/RES/2002/712 situated at Dorayi Babba Street, Kano, which pretense you knew to be false and you thereby committed an offense contrary to section 320 of the Penal Code and punishable under section 322 of the same Law.

Posted by Unknown at 8:42 pm
Email ThisBlogThis!Share to TwitterShare to FacebookShare to Pinterest
Labels: Crime