Specifically, on 9th June, 2016 the Economic and Financial Crimes Commission, EFCC, yesterday, arraigned two men, Jerome Emeka Okoye, holder of NGA passport A50232043, applied for a UK visa. As part of his application he submitted a Lagos State Revenue Receipt. Analysis of these documents submitted indicates that the defendants forged all the documents being supplied to get their visa.

One of the counts read, "Jerome Emeka Okoye and Kenneth Ogedengbe on or about the 9th June, 2016 at Lagos within the jurisdiction of this Honourable Court with intent to defraud and in order to facilitate your obtaining a UK Visa by false Pretence from the British High Commission, forged a Lagos State Revenue Receipt, No. 2368651/ SGSMRLS, dated 13th April, 2016 issued in the name "St Jerome Electronics Nig Ltd." and purported the document to have been issued by Lagos State Government". 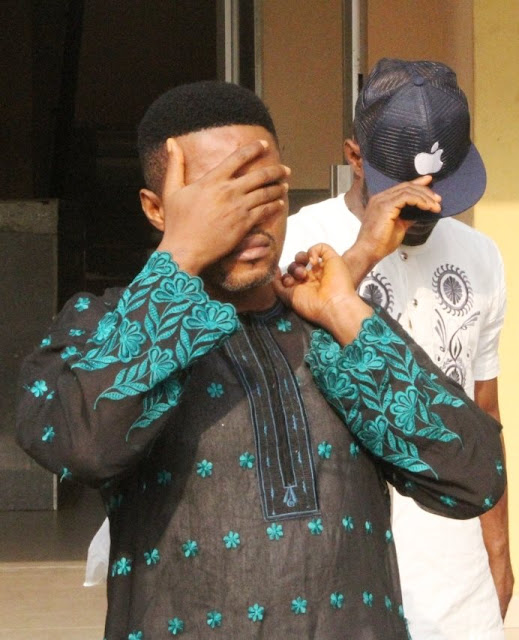 They both pleaded not guilty to the charges preferred against them. In view of their plea the prosecution counsel I. O. Daramola asked for a trial date and also requested the accused to be remanded in prison.

However, counsel to 1st and 2nd defendants, Ugoh Nwenyi and J. A. Eze make an application for bail, pray the court to move their application.

Justice Oyefeso remanded the first and second defendants in Kirikiri Prison and subsequently adjourned the matter till 21st November, 2016 for bail application.

Posted by Lawrencia at 9:41 am
Email ThisBlogThis!Share to TwitterShare to FacebookShare to Pinterest
Labels: Crime