How I Stole N5.675m From Diamond Bank – Cleaner 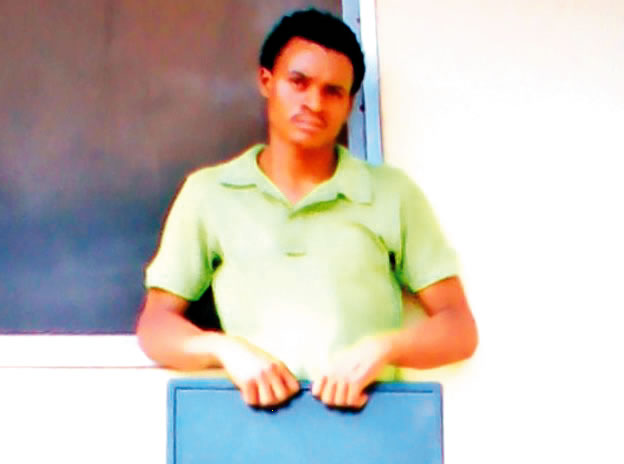 A cleaner, Peter Oko, has narrated how he stole N5.675 million from the New Nyanya branch of Diamond Bank, where he worked.

The 29 year-old stated that he took the keys to the vault, stole the money and hid it in a carton, which he took home after the close of work.

The money was however recovered by the police, which said that the suspect had been charged to court.

Oko told Northern City News at the Nasarawa State Criminal Intelligence and Investigation Department in Lafia that he carried out the theft alone, saying, “As a cleaner, I knew where all the keys were kept.”

He added, “I single-handedly carried out the operation because I have been working as a cleaner in the bank for the past 10 years and my eyes had been on one of the keys to the vault, where the bank used to keep all its money.

“As a cleaner, my attention was not only on the keys, but on how I will carry out the operation successfully without being caught by either the security or any staff of the bank.”

The suspect said he stole the money without the knowledge of the bank workers, adding that he had access to all the foreign currencies in the bank as he knew where they were kept.

“As a cleaner, I knew where all the secret files were kept and where the bank kept its keys where you can have access to dollars, Nigerian currency and all other currencies.”

Oko blamed the economic situation for his action, stating that he had never been involved in a criminal act before now.

“The devil of economy recession pushed me into the crime; I have never committed a criminal act before, luck ran out on me and I was caught in the process,” he stated.

The state Commissioner of Police, Abubakar Bello, said the crime was reported to the police in October, 2016, by the bank, adding that the matter was then transferred from Karu Divisional Police Headquarters to the SCIID for investigations.

Posted by Lawrencia at 9:22 am
Email ThisBlogThis!Share to TwitterShare to FacebookShare to Pinterest
Labels: Crime