I Felt Like Absconding After I Took Over – President Buhari 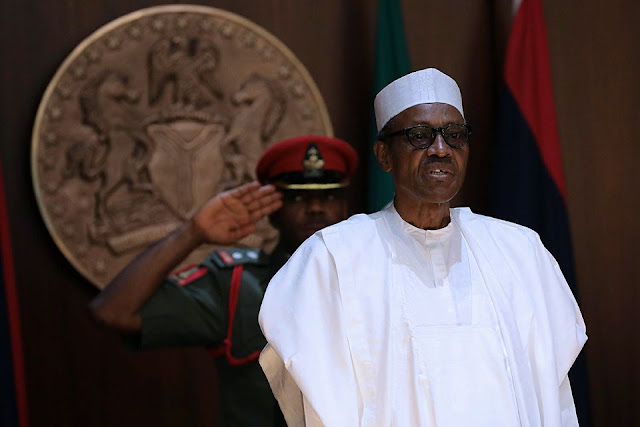 President Muhammadu Buhari on Thursday admitted that at a point after he was inaugurated as the President in May 2015, he felt like running away. He said he would have taken the decision because of the myriad of problems his administration inherited from past governments.

Buhari said this while addressing 68 Nigerians who participated in the Senior Executive Course 38 of the National Institute for Policy and Strategic Studies, Kuru, and the institute’s management staff at the Presidential Villa, Abuja.

The President said consecutive administrations since 1999 realised what he called unprecedented resources because of the huge price of oil and the number of barrels being produced per day and yet the party in government during the period had nothing to show for it.

He said, “For 16 years and eight consecutive governments of the other party, you know that there was unprecedented revenue realised. Oil production, which can be verified, was 2.1 million barrels per day.

“Actually, I felt like absconding because 27 out of 36 states in Nigeria cannot pay salaries and we know they have no other source than to depend on salaries to pay rent and do other things.

“I asked if there were any savings and I was told there were no savings. I asked what they did on agriculture, power, rails and roads. There was nothing.

“You know more than I do because you move round. I have not been moving round since after the elections, but you do. How many of the Trunk A roads are still good enough? How many megawatts do we have although there are some elements of sabotage?”

The President added, “I was told the money was used to import food and fuel. I didn’t believe the answer and I still do not believe it. Up till now, a substantial number of people in the South-East eat garri and groundnut. In the South-West, they eat pounded yam, cassava, vegetables. In the North, they eat tuwo, which is made from any of the grains – millet, sorghum. They eat it in the night and warm it in the morning and eat it and take fura in the afternoon.  How many of those people can afford foreign food?

“Then, they said I should check out the petroleum sector. The legislature dedicated 445,000 barrels (of crude oil) per day for internal consumption and that is just 60 per cent of our requirements. I said okay, what of the 40 per cent? The marketers that are bringing it just present documents, papers are just stamped and monies are taken away.

“This is the type of things that the Nigerian elite are doing to our own country. When you go back, look at your colleagues and encourage them to be truly Nigerians.”

Buhari insisted that the economic recession currently being witnessed in the country was caused by the mismanagement of the nation’s economy.

“In the last one and half years of this administration, the economy has experienced some tough times, particularly with the decline in oil revenues, which has some harsh impacts on Nigerians at the grassroots.

“It is also important to note that the economic recession is not the making of this administration, but rather, a consequence of bad management of the economy in the past couple of decades. The recession is not limited to Nigeria – there are far, far worse cases than Nigeria.”

Buhari said his administration was committed to finding a lasting solution to the economic structural imbalance, urging Nigerians to have faith that the country would come out of recession vibrant and stronger.

The President said, “It is impossible for this administration to ignore the poor who made great sacrifice to bring us to government.

“Ours, more than any other government in the history of Nigeria, is a people’s government.  We therefore must and we will keep faith with the people.

“It is in this light that I wish to declare the commitment of this administration to the Sustainable Development Goals, most especially to ending extreme poverty in Nigeria.

“It is not going to be easy, but we are committed to dealing with the challenges in a decisive manner.”

In his remarks, the acting Director-General of NIPSS, Jonathan Juma, called the President’s attention to what he described as the precarious financial status of the institute.

He said the situation had degenerated to a point that the institute’s creditors were threatening legal actions.

Posted by Unknown at 9:54 am
Email ThisBlogThis!Share to TwitterShare to FacebookShare to Pinterest
Labels: NationalNews