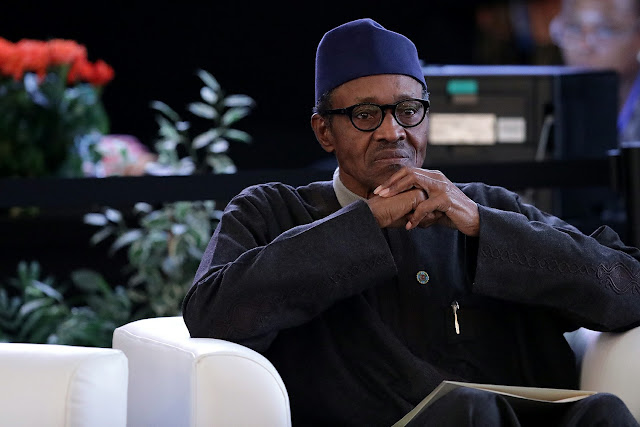 The distortions that happened to Budget 2016, in which series of rogue projects and figures were injected into the financial document won't happen to next year's budget, President Muhammadu Buhari has vowed.

Receiving in audience members of the Governance Support Group (GSG), led by Hon. Chukwuemeka Nwajiuba, at State House, Abuja, Friday, the President said: "I am waiting for the 2017 Budget to be brought to us in Council. Any sign of padding anywhere, I will remove it."

President Buhari re-iterated that he had been in government since 1975, variously as governor, oil minister, head of state, and Chairman of the Petroleum Trust Fund (PTF), "and never did I hear the word 'padding' till the 2016 Budget."

He promised that such would never happen again under his watch.
The President said the government stands by its tripod campaign promises of securing the country, reviving the economy, and fighting corruption, but lamented that some people are deliberately turning blind eyes to prevailing realities in the country.

"They don't want to reflect on the situation in which we are, economically. They want to live the same way; they simply want business as usual," he said.

On violence that attend rerun elections in the country, President Buhari stated:

"I agonized over the elections in Kogi, Bayelsa and Rivers states. We should have passed the stage in which people are beheaded, and killed because of who occupies certain offices. If we can't guarantee decent elections, then we have no business being around. Edo State election was good, and I expect Ondo State election to be better."

Speaking on the anti-corruption cases before the courts, the President said he believed the cleansing currently going on "will lead to a better judiciary. When people are sentenced, Nigerians will believe that we are serious."

President Buhari equally told his guests that the progress being made in agriculture and exploitation of solid minerals "gives a lot of hope," adding:

"Our grains go up to Central African Republic, to Burkina Faso, but they can't buy all the grains harvested this year. And next season should be even better. We will focus on other products like cocoa, palm oil, palm kernel, along with the grains. We can start exporting rice in 18 months, and we are getting fertilizers and pesticides in readiness for next year."

Speaking on behalf of members of GSG, Hon. Nwajiuba said the government had succeeded to a large extent on the security and anti-corruption fronts, adding that the group was positive that the economy would soon experience a turnaround, "as the government is working very hard in that direction."

The group said the biggest constituency of the President was the poor and lowly, and thus recommended what it calls "a social re-armament of the poor."

Posted by Unknown at 10:13 am
Email ThisBlogThis!Share to TwitterShare to FacebookShare to Pinterest
Labels: NationalNews