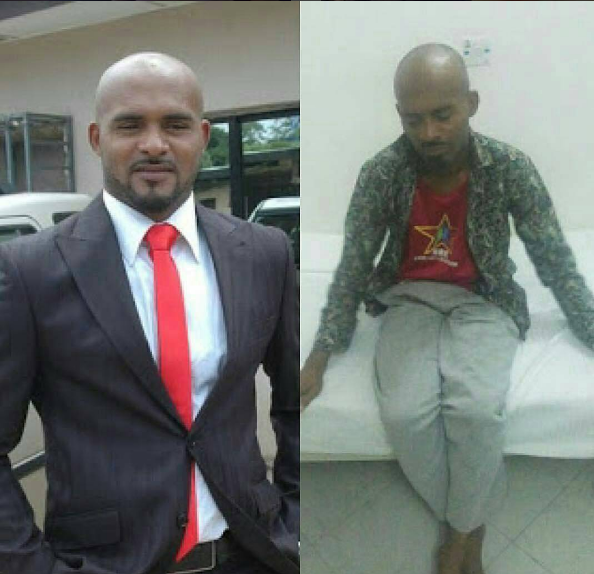 A lot of Nigerians were sad some months ago when news made rounds that popular actor, Leo Mezie, had kidney problems and needed about N10m for an operation abroad. After both his kidneys had collapsed, it was reported that the actor could not use his right leg due to his ailment.

However, luck smiled on him, he was able to raise the required funds and he was flown out of the country some months ago. When he arrived the hospital, the actor was quick to thank Nigerians for coming to his rescue via a YouTube video.

On Wednesday, the actor was sighted at the airport as he arrived from London where he went for his medical treatment. Immediately, Saturday Beats put a call through to the actor and from his voice, it was obvious that the bald headed actor is hale and hearty.

With excitement in his voice, the actor pleaded that people should give him some time to rest and spend some time with his family before he would address the public.

He however was quick to add that he is hale and hearty. “It has all been God and I give him all the thanks and praises. I just got back into Nigeria and I would beg you to please let me rest and spend some time with my family. I promise to address the public properly next week. I am very thankful to Nigerians for their love and support,” Mezie said.

Posted by Lawrencia at 4:13 pm
Email ThisBlogThis!Share to TwitterShare to FacebookShare to Pinterest
Labels: Gists