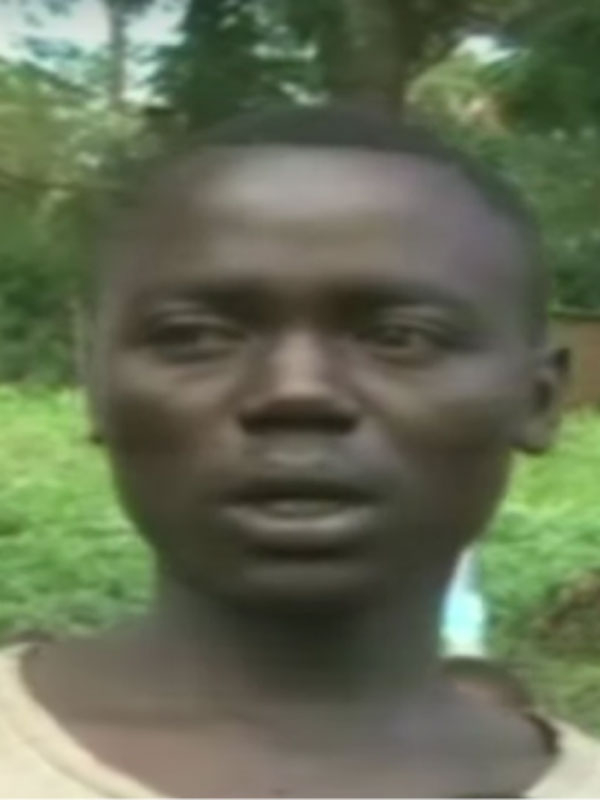 Gabrielle Simiyu of Nangwe village, Bungoma County, Kenya, narrowly escaped death by lynching, after he was caught engaging in bestiality with a neighbour's goat. Angry residents pounced on him and only escape into a nearby police post saved him from the irate mob.

He says he had sex with the animal because he was rejected by women. Simiyu was caught in the act by his neighbour late at night. Outraged residents claimed it wasn't the first time the motorcycle taxi operator had violated farm animals in their village.

They claimed the 26-year-old had previously engaged in sex acts with a cow and chicken. Simiyu was arrested after the female goat's owner, Richard Wanyonyi, heard bleating and checked his shed, on Friday night.

He told KU TV : "I thought my animals were strangling each other so I tiptoed to the cow shed and flashed my torch. I was shocked when I found the man, but he ran away very fast. Since it was at night I did not see him very well so I took the shoes he left behind and began a search in the morning."

Mr Wanyonyi showed the shoes to other motorcycle taxi operators and they told him they belonged to Simiyu. Simiyu admitted having sex with the animal and pleaded for forgiveness. He said: "I have a serious problem and need help. Every time I approach a girl she refuses and it really pains me.

I am appealing to well-wishers to take me to a doctor or a specialist so the problem I have can be identified." Wanyonyi claimed Simiyu told him he had been rejected by women at a funeral earlier that night. Police said Simiyu will be charged with bestiality.

Posted by Unknown at 9:37 am
Email ThisBlogThis!Share to TwitterShare to FacebookShare to Pinterest
Labels: InternationalNews