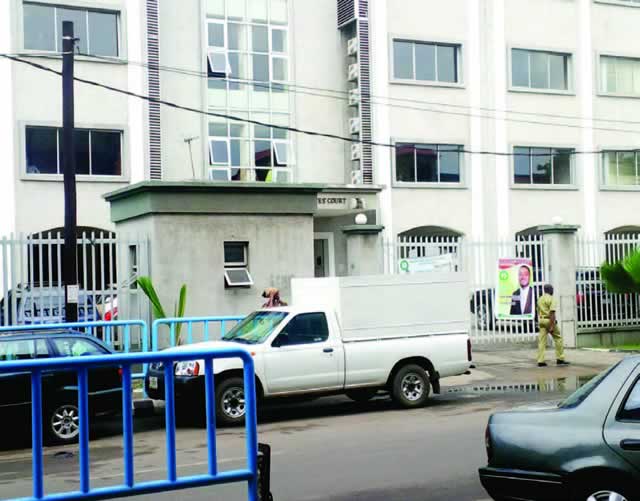 A bureau de change operator, Usman Nafada, has been arrested by the police for allegedly conniving with an accomplice at large to swindle one Abdullahi Uba out of N1.7m.

PUNCH Metro learnt the victim had approached Nafada on November 16, 2016, at the Obalende area of Lagos State to help him change the sum to dollars.

Nafada was said to have told Uba that he did not have hard currency for the exchange. He, however, reportedly collected the money from Uba and took it to his “partner.”

Our correspondent gathered that after a few minutes, the suspect returned with 45 notes of $100, which he gave Uba.

It was gathered that after Uba discovered that the dollars were fake, he reported the alleged fraud at the Lion Building Police Division, and Nafada was arrested.

“About 30 minutes after, the complainant discovered that the notes were fakes. He ran back to Nafada, but he denied knowing about the fraud. He took the victim to where he changed the money, but his accomplice had disappeared. Effort is ongoing to apprehend him,” a police source told PUNCH Metro.

A police prosecutor, Francisca Job, arraigned Nafada in an Igbosere Magistrate’s Court on Monday on three counts bordering on stealing.

“That you, and others at large, on the same date, time and place in the aforementioned magisterial district, did steal the sum of N1,792,000 property of one Abdullahi Uba, thereby committing an offence punishable under Section 278 (1) (a) of the Criminal Law of Lagos State, 2011.”

The defendant, however, pleaded not guilty before the presiding magistrate, Miss. A.O. Awogboro, and was granted bail in the sum of N200,000 with two sureties in like sum.

Posted by Lawrencia at 10:08 am
Email ThisBlogThis!Share to TwitterShare to FacebookShare to Pinterest
Labels: Crime