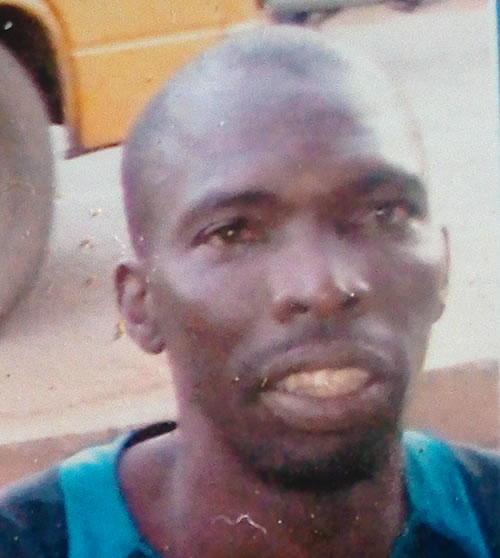 An Islamic cleric, Alfa Ganiyu Umaru, is being detained by the police for allegedly killing his landlord in one-storeyed building in Agbotikuyo bus stop, Ipaja, Lagos State.

This is just as relatives and friends of the 45-year-old victim, Tajudeen Popoola, said they had yet to come to terms with the reality of his death.

PUNCH Metro learnt that Umaru, who hails from Ilorin, Kwara State, and Tajudeen had been at loggerheads for some time over Umaru’s alleged immoral behaviour.

He was said to have criticised the cleric for drinking and performing rituals on the ground that such acts contravened Islamic doctrines. It was said the criticism usually resulted in exchange of words between both.

The matter, however, came to a head when Tajudeen returned from a football viewing centre around 8pm on Sunday and reportedly met Umaru and his friends drinking alcohol in front of the building.

The landlord was said to have rebuked the suspect, leading to an altercation after which they both retired to their respective apartments.

The deceased’s brother, Azeez Popoola, said Umaru came to Tajudeen’s apartment a few minutes later and attacked him with a shard of broken glass.

He said, “Alfa usually quarreled with my brother because he used to correct his excesses. Any time they had a disagreement, he would threaten to kill my brother. On Sunday, he made good his threat.

“Everywhere was dark that evening. He sneaked into the passage where my brother was resting on a bench. Alfa didn’t know I was resting at a corner in the passage. I suddenly heard my brother scream and before I knew what was happening, blood was gushing out from his neck while Alfa fled.

“I went after him and with the help of neighbours, he was apprehended and the shard was recovered from him. We rushed my brother to the Ile Epo General Hospital; but before we got there, he had lost a lot of blood. He died a few minutes later. Alfa stabbed him in three different places in the neck.”

Azeez, who described Tajudeen as a diligent mechanic, said he had never fought the suspect although the cleric owed him two-year rent.

“He is a widower. His only daughter lives in the East. The daughter and our ageing mother had not been informed of his death,” he added.

Our correspondent, who visited the residence on Tuesday, found bloodstains on the staircase and walls, while Umaru’s paraphernalia, including a horn and a black pot, was seen at the entrance to his apartment.

It was gathered that his wife and children had fled immediately the incident happened.

Tajudeen’s friend, David Aluko, said, “I am devastated. I can’t still believe that my friend is gone forever. The whole thing still appears to me as a movie. We both returned from the viewing centre that day and he told Alfa to stop drinking outside the building.

“Alfa said Tajudeen’s comment embarrassed him and he threatened to kill the landlord. I was discussing with people outside when I heard Azeez shouting upstairs that Alfa had stabbed his brother. Tajudeen was kind to everybody.”

A tenant, who identified himself only as Quadri, said Tajudeen was generous to him and other tenants, urging the police to ensure that Umaru faced the full weight of the law.

“I live in his house in Dopemu. The last time I paid rent was 2014. I explained my challenges to him and he said I shouldn’t worry. He helped people a lot. There were occasions he gave tenants money from the rent they paid,” he added.

The Lagos State Police Public Relations Officer, SP Dolapo Badmos, had yet to reply to a text message sent to her mobile phone line as of press time.

However, a police source told our correspondent that the suspect had been transferred to the State Criminal Investigation and Intelligence Department, Yaba.

Posted by Lawrencia at 10:10 am
Email ThisBlogThis!Share to TwitterShare to FacebookShare to Pinterest
Labels: Crime