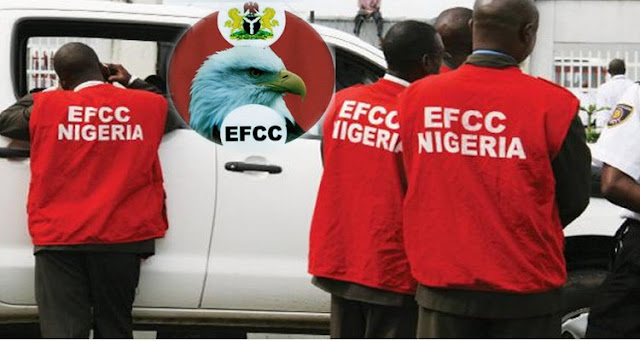 A popular Enugu ‘wonder bank’ operator, Mr. Patrick Nwokike, was on Tuesday arraigned by the Economic and Financial Crimes Commission over an alleged N4bn scam.

He was arraigned alongside his wife, Rosemary, before an Enugu Federal High Court. Rosemary is said to be an accomplice in the alleged scam.

Nwokike was said to have used his thrift and savings company, known as Let’s Partner With You, to collect over N4bn from members of the public, who were promised a fantastic return on their investments.

Those who invested in the scheme were reportedly promised about 30 per cent interest on their deposits.

At the height of its popularity, between 2013 and 2015, the firm was able to meet its commitment to its customers, and a majority of Enugu residents went into partnership with ‘Let’s Partner With You.’

Nwokike hosted a lavish party for the firm’s customers at the Nnamdi Azikiwe Stadium, Enugu, in December 2015.

But the bubble burst when, early in 2016, the firm was no longer able to pay its customers the agreed interests.

To compound matters, customers were not able to withdraw the sums they invested with Let’s Partner With You.

The development provoked hundreds of petitions from aggrieved customers to the EFCC.

The anti-graft agency eventually arrested Nwokike at his Enugu residence on October 6.

His wife was equally arrested and the couple were held at the EFCC zonal office in Enugu before their arraignment on Tuesday.

Investigations by the EFCC reportedly revealed that the firm, Let’s Partner With You, has over 20 accounts in different commercial banks, with Nwokike and his wife being the signatories.

The N4bn the company was alleged to have collected from members of the public was reportedly discovered in just two of the over 20 bank accounts, according to the EFCC.

The EFCC also said it suspected that a larger percentage of the funds collected from members of the public was stashed in offshore accounts.

The investigations also allegedly revealed that the company has no licence to solicit and manage funds for the public, as it was said not to have been registered with the Securities and Exchange Commission and the Nigeria Deposit Insurance Company.

However, Nwokike and his wife pleaded ‘not guilty’ when they were arraigned on four counts of conspiracy, stealing, conversion and illegal operation of a bank without licence.

The prosecutor, Mr. Harrison Ibekwute, told the court that the accused had, in 2013, 2014, 2015 and 2016, issued advertisement inviting the public to deposit money with Let’s Partner With You without authorisation.

He also told the court that the firm had been operating without a valid licence.

Ibekwute said the offences committed by the accused persons contravened the Bank and Other Financial Institutions Act.

The court adjourned the matter till March 6, 2017, for trial.