Photos: Lt. Col. Muhammad Abu-Ali And Six Soldiers Who Were Killed During A Boko Haram Attack Get National Burial 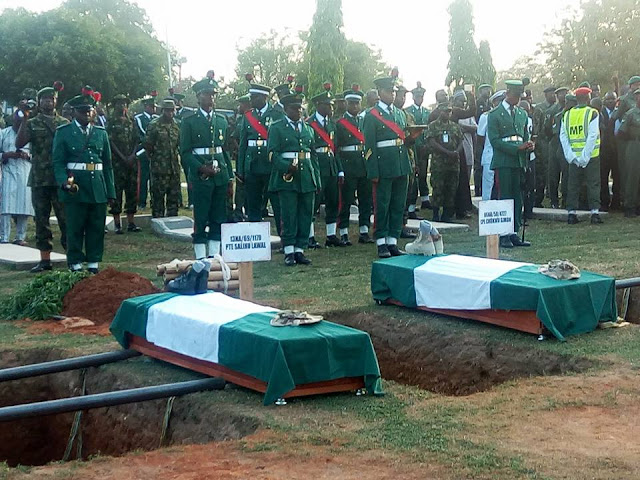 The Commanding Officer of the 272 Special Task Force Task Battalion, Lt. Col. Muhammad Abu-Ali and six troops who were killed during a Boko Haram attack at Mallam Fatori on November 4, 2016 were given a national burial at the military cemetery, Abuja on Monday.

The President, who was represented at the burial by his Chief of Staff, Abba Kyari, said that the gallantry and the dedication displayed by the deceased soldiers and their colleagues contributed to the restoration of peace and normalcy in the North-East.

The President said that the death of the soldiers would not be in vain as their exemplary display of patriotism and professionalism would further spur the government to intensify measures to defeat the insurgency in the country. 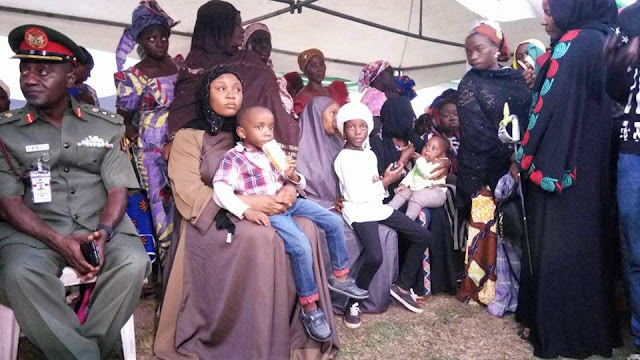 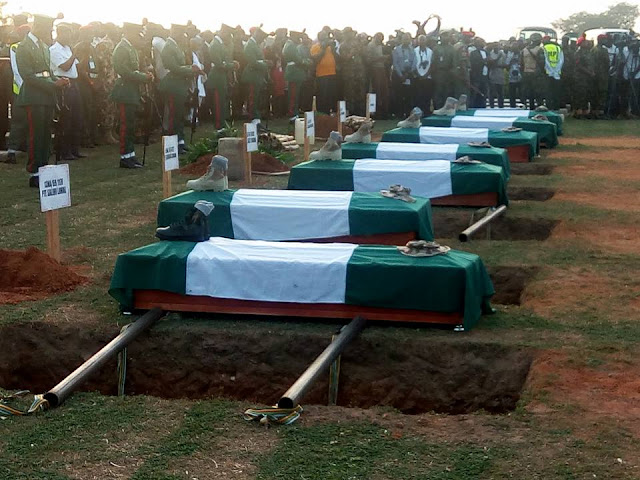 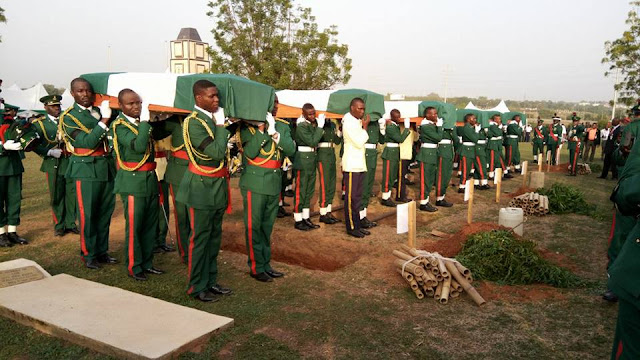 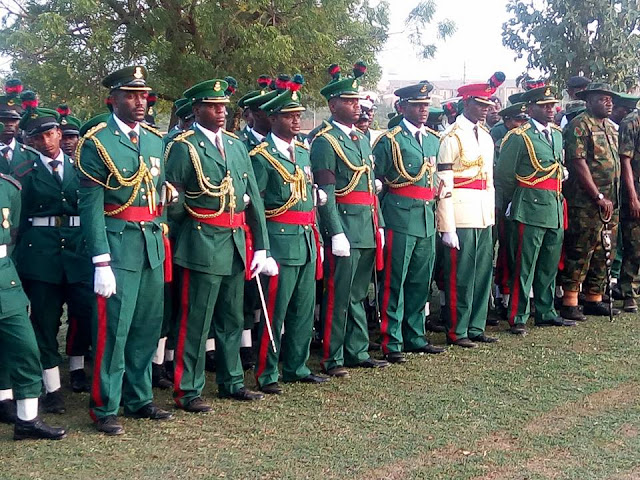 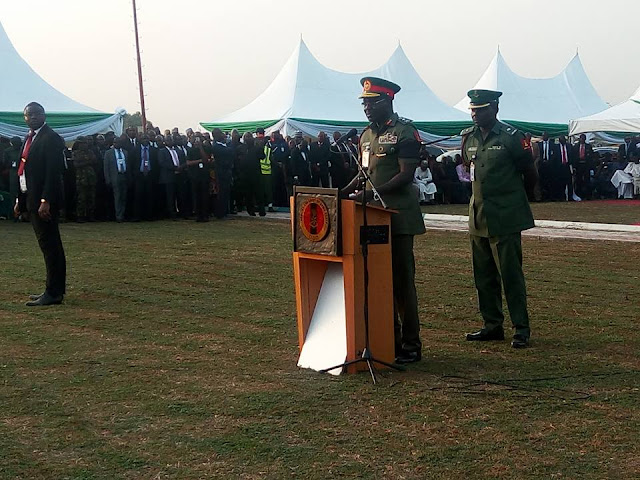 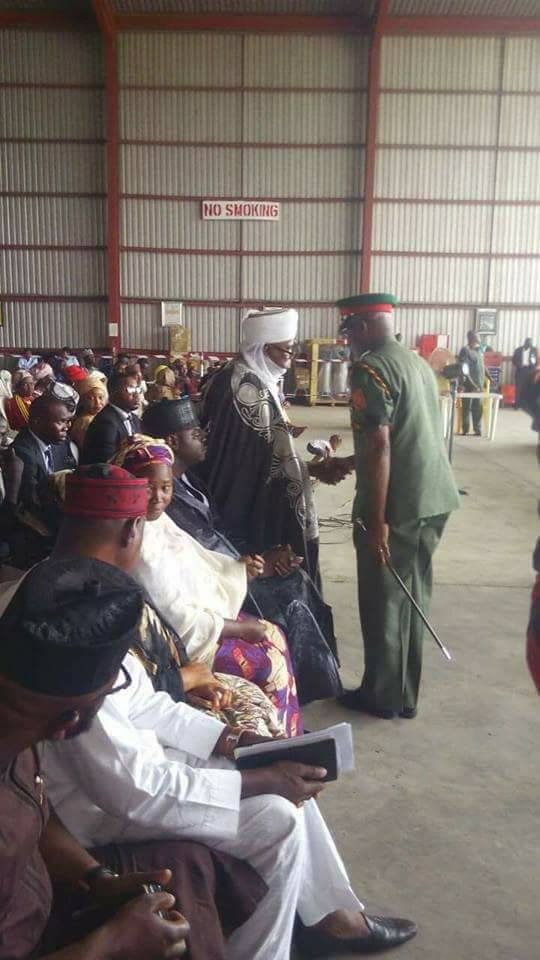 Posted by Unknown at 10:10 am
Email ThisBlogThis!Share to TwitterShare to FacebookShare to Pinterest
Labels: NationalNews