Photos: Police Arrest Man Robbing His Fellow Men By Pretending To Be A Woman In Uganda 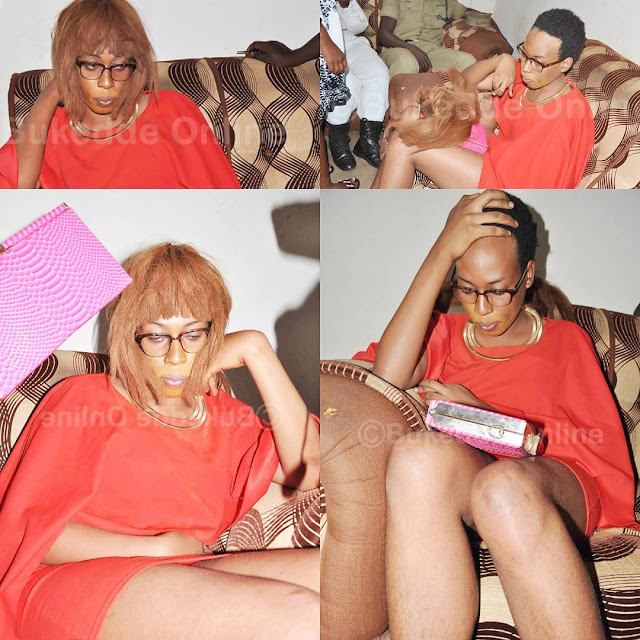 Ivan Bebeto was arrested in Uganda, after it was revealed that he disguises himself as a woman to steal money from men. He was arrested after several men claimed that he stole from them. The victims described him as a beautiful woman who wore short skirts and heavy makeup.

Ivan, who calls himself Queen, reportedly operated through East and Central Africa in such countries as Kenya, Uganda, Burundi and Tanzania. He was caught when a man who was interested, paid him for sexual favours.

Bebeto kept giving him excuses as to why he could not sleep with him after he (Bebeto) had already received a down payment for the job. Afterwards, Bebeto asked the customer to accompany him to a room so they could conclude the transaction.

It was then that the man suspected that something might be off and contacted the police. Police then investigated ‘Queen’ and discovered her big secret by finding out he was actually a man.

Posted by Lawrencia at 10:56 am
Email ThisBlogThis!Share to TwitterShare to FacebookShare to Pinterest
Labels: InternationalNews