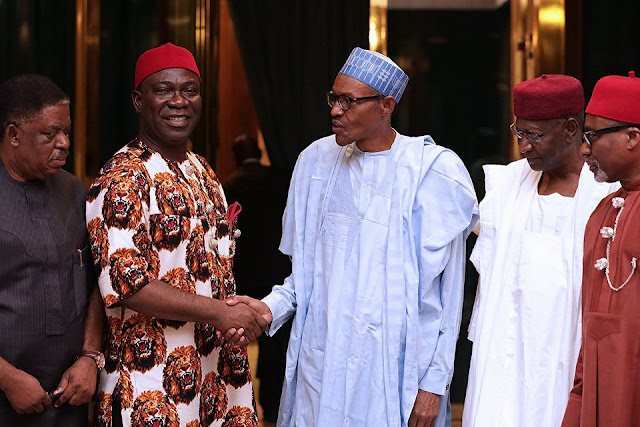 The senators from South East on Wednesday presented issues concerning the region to President Muhammadu Buhari at the presidential villa. The President personally received the senators, who were led by Deputy Senate President Ike Ekweremadu.

Among those who witnessed the visit are the Senior Special Adviser to the President on National Assembly, Senator Ita Enang, and the Secretary to Government of the Federation, Mr Babachir David Lawal.

Ekweremadu, who led the South East Senate Caucus to the meeting with President Buhari, told State House correspondents that they presented some of the concerns of the South East region to the president. 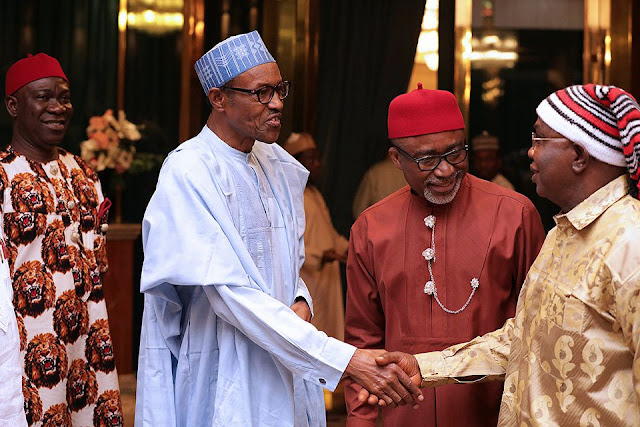 According to him, the meeting also discussed issues bordering on security, Indigenous People Of Biafra (IPOB), roads and general infrastructure.

“For us from the South East, we believe that dialogue is better than any other form of engagement.

“So, we decided to visit the President and present to him some of the concerns of the South East including the issues of roads, general infrastructure: the rail, airports.

“We also discussed the issue of security with him and of course the issue of IPOB. We had a good conversation and he promised to look into the issues,’’ he said.

Also commenting on the outcome of the meeting, the Chairman of South East Senate Caucus, Sen Eyinnaya Abaribe, said they had a fruitful discussion with the President.

According to him, there is a concerted effort from the people of the South East to be sure that they engage with the President Buhari-led administration, meaningfully. 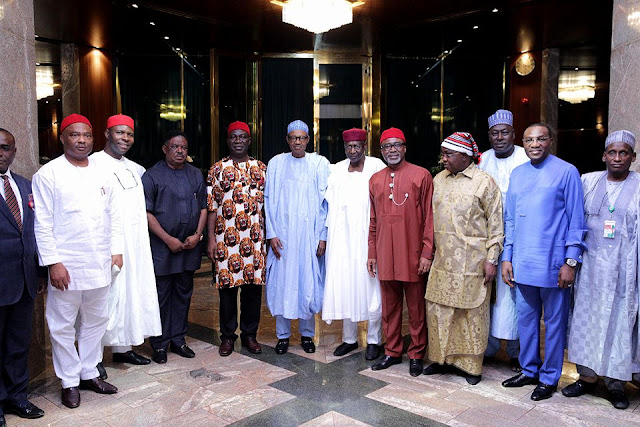 Abaribe revealed that the President had promised that he was going to look into the problems facing the South East region.

“We know that there are problems everywhere but we also believe that the South East is the zone that is far much shortchanged at this time than other zones.

“We also talked about the issue of appointments from the South East, especially with respect to the National Security Council.

“We are reassured with the response we got from the President and we look forward to further interaction with him in this manner,’’ he said.

Posted by Unknown at 10:13 am
Email ThisBlogThis!Share to TwitterShare to FacebookShare to Pinterest
Labels: NationalNews