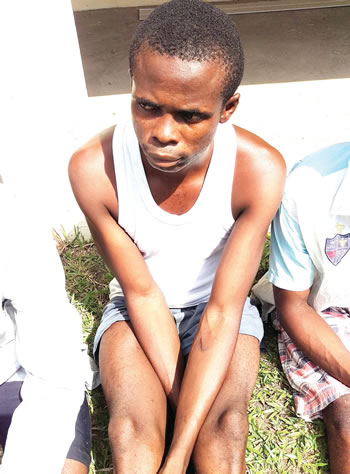 The Cross River State Police Command on Monday said one of its dismissed personnel, Corporal Kingsley Iyeke, shot and killed an Inspector, Edet Archibong, during a gun duel between the police and suspected cult members in Calabar.

The state Commissioner of Police, Mr. Jimoh Ozi-Obeh, stated this in Calabar while briefing journalists on the successes recorded by the command in the last one month.

He explained that after the inspector was shot dead, the police swung into action by tracing the cult members to their hideout where some of them were arrested.

The commissioner stated further that after interrogating the suspects, one of them mentioned Iyeke as a member of the group.

“The suspect said Iyeke was the one that shot the police inspector during the clash between them and the police.

“You will recall that we lost one of our inspectors last month during an exchange of fire with some cult members here in Calabar.

“A majority of the suspects have been arrested. Our interrogation shows that one of our personnel, Corporal Kingsley Iyeke, was one of the cultists.

“After interrogating one of the arrested cultists, he confessed that Iyeke was a member and that he was the one that shot the police inspector dead.

“During our orderly-room trial, we found out that truly he was a member of the cult. We have dismissed him and he will face the full wrath of the law accordingly,” the CP said.

Thirty-five-year-old Iyeke, who is a native of River State, denied being a member of any cult, saying that t accusation was a frame-up.

The command also paraded 10 suspected criminals who were arrested by the police for involvement in various crimes in the state.

Posted by Lawrencia at 9:48 am
Email ThisBlogThis!Share to TwitterShare to FacebookShare to Pinterest
Labels: Crime