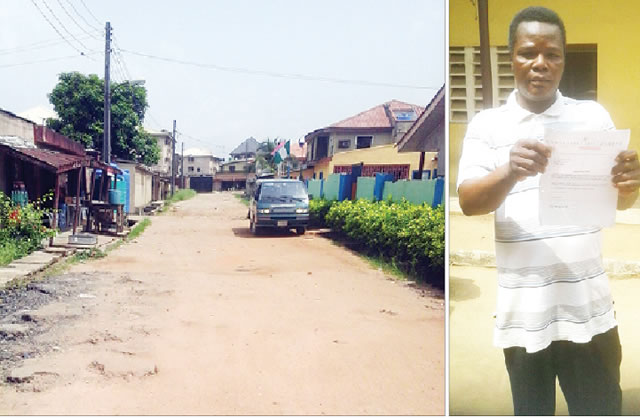 The Lagos State Police Command has arrested members of a syndicate which allegedly specialised in selling newborn babies in the Satellite Town area of the state.

PUNCH Metro learnt that some members of the gang, led by a woman, Chinenye Amama, were arrested penultimate Friday by policemen attached to the D9 Section of the State Criminal Investigation and Intelligence Department, Yaba.

Our correspondent was told that the suspects were caught with a female newborn baby, who had been rescued and reunited with her mother.

A police source said the rescued baby girl and her mother had been transferred to the Juvenile Welfare Centre, Alakara, in the Mushin area.

He said, “The syndicate was arrested on November 4, at about 6am. A team of policemen, acting on a tip-off, stormed an isolated house, where the syndicate kept their victims.

“We recovered a female newborn baby from the suspects and they are in custody at the SCIID, including their leader, Chinenye.”

The Lagos State Police Public Relations Officer, SP Dolapo Badmos, confirmed the arrest, saying the suspects mentioned a religious leader as their boss. She added that the police were working on the information.

She said, “The case is under investigation. Preliminary investigation reveals that it is a syndicate that specialises in selling newborn babies. One religious leader was named by the suspects.

“The command is working on the clue to ascertain the religious leader’s culpability. Investigation will be made open on that as it goes.”

Our correspondent gathered that a tenant, Nurudeen Duroti, who stayed on Olumo Street, Agege, had reported Obayemi, who hails from Ado Ekiti, Ekiti State, as a suspected fraudster.

The suspect said in his statement that he retired from the Lagos State Ministry of the Environment in 2014, adding that he used the fake documents to extort money from tenants.

He said, “The last one I did was a notice to quit, which I served a tenant on Olumo Street, after collecting N50, 000 from the landlady of the house with a fake Lagos task force letterhead.

“I made my money from using fake letterheads of government’s ministries and agencies. I will stop this illegal business if I am pardoned by the government.”

The task force chairman, SP Saheed Egbeyemi, said the state Commissioner of Police, Fatai Owoseni, had directed that the suspect be transferred to the State Criminal Investigation and Intelligence Department.

SP Egbeyemi enjoined Nigerians to be wary of dubious elements, who specialised in duping members of the public with fake documents of government agencies.

Posted by Unknown at 9:57 am
Email ThisBlogThis!Share to TwitterShare to FacebookShare to Pinterest
Labels: Crime