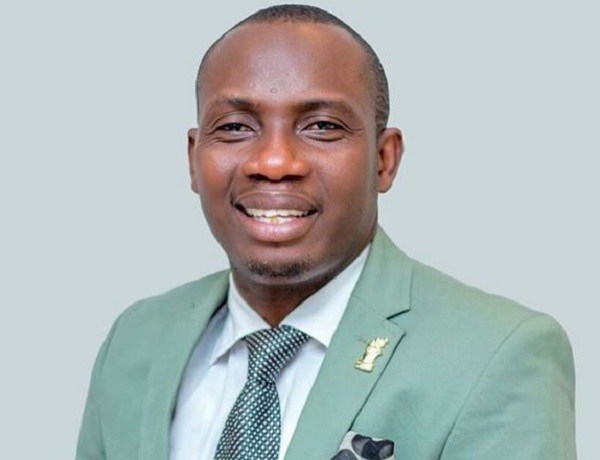 Popular pastor and self-styled marriage counsellor, Rev. Counselor Cyril George Lutterodt has stated that the male organ is the most disgraceful organ in the human anatomy. He observed that most men are deceived into believing that they are good in bed when their partners moan excitedly.

According to him, most women are in one way or the other not really satisfied during sexual intercourse, saying majority of them pretend to be enjoying the sex by moaning and groaning uncontrollably.

The firebrand Counsellor said most women have acquired properties due to their moaning skills, saying no man can brag of being good in bed unless a woman tells him because men are sexually vulnerable.

Speaking with host of Abusua FM’s Drive Ike-Da Unpredictable, he explained that women try to massage the ego of men by moaning to show they are counted among the lot.

‘No man can satisfy any woman sexually on this earth, the thank you they say is appreciation for your time wasted. She is fanning your ego to let you know that you are counted among the lot. There are differences in the way we have the excitement, satisfaction and the pretences. Most of the moaning all are lies. Men are vulnerable sexually, the male organ is the most vulnerable organ in the world and is so disgraceful. Every hole you place it in, it’s happy. It appreciates and responds to every vagina.

It’s very disgraceful, unlike the vagina which has eyes and mouth, the penis has only mouth and no eyes that is why every erection needs direction. If you have an erection, it needs direction. So any man who does not ejaculate needs to be examined, it’s a serious disorder and needs a counsellor to manage him,’ he said.

He said not all activities that affect one’s environment should have effect on the person’s sexuality.

According to him, environmental issues affect women psychologically and not men.

‘Women have emotional capacity, but men are not worried about environmental pressures. Men can have sex on a radio station’s console, but women wouldn’t. No man can fake orgasm but women can fake it. Men can sign cheques without realising it due to fake orgasm,’ he said.

The sex therapist said prestigious old men are controlled sexually by young girls due to lack of proper parental care.

He underscored that men have been throwing dust in the eyes of the public by saying young girls help them to be fit sexually anticipating that men aged 40 years and above, will soon depend on sex enhancement drugs.

Posted by Unknown at 9:50 am
Email ThisBlogThis!Share to TwitterShare to FacebookShare to Pinterest
Labels: Gists