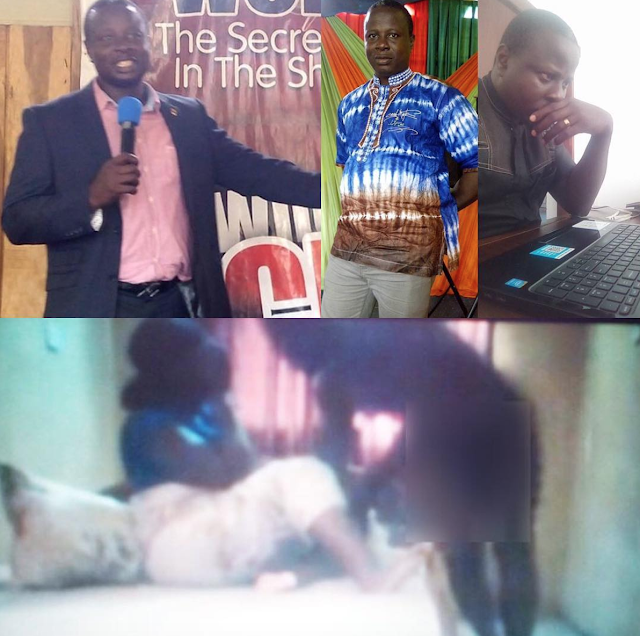 The Governing Council of the Osun State University, Osogbo, has terminated the appointment of Dr. Olabode Ojoniyi of the Department of Languages and Linguistics, Ikire Campus, caught on video having an amorous relationship with one of his students, Mercy Ikwue, Punchng reports.

The Governing Council headed by Mallam Yusuf Ali SAN, sacked the lecturer, who appeared nude on a bed in a hotel room and caressing Miss Ikwue, in line with the penalty stated in the Code of Conduct of Staff of the University. Ojoniyi’s sex act was captured in a video which is believed to have been surreptitiously recorded by the female student.

The female student was said to have been pressurised by Ojoniyi for sex and she eventually agreed and followed him to their agreed place with a laptop computer from which she pretended to be watching a movie. Unknown to him, Miss Ikwue was actually recording their sexual activities.

Ojoniyi had accused one of the lecturers of the university, who was recently dismissed for an alleged misconduct as the person behind the drama. According to him, the lady was contracted to blackmail him. But Ojoniyi did not deny being the one in the video.

The video clip went viral afterwards and Ojoniyi did not deny that he was the one in the video and did not say his image was manipulated. He only blamed his detractors for the incident.

Also, a professor at the university recently resigned his appointment over the alleged rape of a female student in his office. Some lecturers and students of the university revealed that the professor knew that he would be sacked if the case was investigated and he hurriedly resigned to prevent the embarrassment which would follow.

Posted by Unknown at 9:40 am
Email ThisBlogThis!Share to TwitterShare to FacebookShare to Pinterest
Labels: Crime