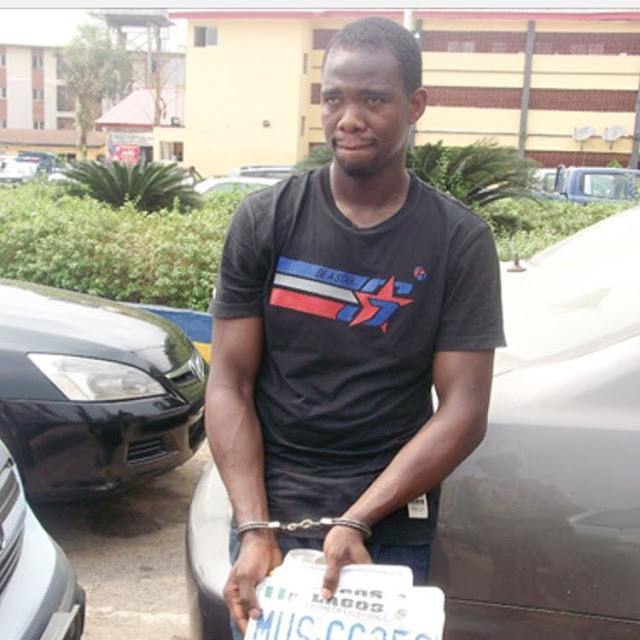 Kelvin Ogie, 27, has told the police in Lagos that he masterminded the abduction of his former boss, Adeola Asumo, after he was sacked for fighting with his co-worker in the company.

The suspect was not happy with the manner he was sacked so he and his friend, Andrew, kidnapped and collected about N1m from his boss.

He said: "After we kidnapped him, we drove him to the bank and withdrew about N1m from his bank account. We also forced him to sign a document to replace the vehicle with the salary he owed me.

We then allowed him to go." Andrew took N800,000 while Ogie took N200,000 with the vehicle to Auchi. He added: “I was later arrested in my father’s house while Andrew is said to have been on the run since then.”

Posted by Lawrencia at 1:18 pm
Email ThisBlogThis!Share to TwitterShare to FacebookShare to Pinterest
Labels: Crime