My Husband’s House Was Bewitched, Pastor’s Late Wife Says In ‘Message From Grave’ 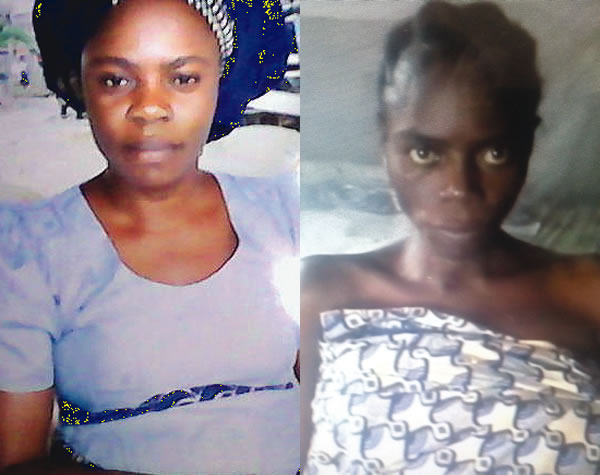 A 42-year-old woman, Omolade Omoniyi, who is now late, has revealed in a video released by her family how she believed the house of her husband, a pastor with the Christ Apostolic Church, Onigbogbo, Atan Ota, Ogun State, Pastor Olusegun Omoniyi, was bewitched, making her sick till she died.

The release of the video is coming more than 10 months after she died following what her family termed “mysterious attacks” which had forced her to flee her matrimonial home.

The deceased woman’s family told Saturday PUNCH that the video, which is one of many that were recorded few days before Omolade died, was shot in order to get her personal accounts on record.

“Please for God’s sake, don’t let me die. Take me to wherever you know I will get help.  I have been calling you (her husband), but you ignored my calls. Everybody help me to beg him. I have taken three pints of blood, but I excreted them all away. Help me, I don’t want to die,” she said in one part of the video.

She reportedly died the following day after that particular video.

The video clip, which also captured the final moments of Omolade on the sick bed at the Safeway Hospital, Sango, where she was receiving treatment, showed the 42-year-old begging her husband for a solution to her predicament.

The PUNCH had reported how Olusegun lamented that he was abducted from church by some OPC members, who were allegedly hired by members of his wife’s family.

He had said after being tortured and blindfolded, he was taken to a hideout where his estranged wife was being treated for a strange illness he claimed struck her seven months after she left their matrimonial home.

The cleric said he was made to clean his wife’s faeces on the hospital bed and beaten until the police came to his rescue.

He also alleged that a day after his wife died, he was attacked again and forced to sleep on the corpse.

Olusegun had told our correspondent that his late wife separated from him and took away all her property over their childlessness despite being married for 16 years.

He also accused his wife’s family of being the brains behind the trouble in their union.

The late wife’s family had declined comment at the time, but last week Saturday, during a chat with our correspondent, Omolade’s family showed our correspondent few recorded interview sessions they had with her before her demise.

Responding to a question on why she left her matrimonial home, Omolade explained that she was a proprietress of a school in the Alaba area, where she stayed from Monday to Friday to ease transport cost.

She said she always returned home for the weekend.

She said, “I, however, observed that anytime I go home for weekend, I get sick. The sickness would continue till Monday when I have to leave for work. Once I step out of the house for work, I would be relieved. This had happened many times.

“On a particular weekend that I was supposed to return home, I decided to stay back at school and see if I would fall sick again. Surprisingly, nothing happened to me.

“I then called my husband’s attention to it. I begged him that he should find a solution to the problem, but he said he was praying for me and all would be well. At another time, he dismissed it and said I was lying.”

Omolade said few weeks later, her husband called and apologised to her for not caring about her health, promising to change.

She explained that the following week Friday, she was returning from work when she felt a sharp pain in the neck as she approached home.

“By Saturday morning, my condition had become worse and I could not eat. On Sunday morning, when some people brought church’s instruments, I suddenly collapsed. I was revived and I put myself together, wore my clothes and entered the church so that our members would not be wondering why I didn’t attend Sunday service.

“After the service, I went on a visit to a church elder’s wife. As soon as I got to their house, I became relieved,” she added.

The deceased said in the video that the church elder’s wife queried her for moving her things from the house, saying Olusegun reported her to the family.

She denied packing out of the house, saying she always took the plates and clothes she would use during her stay at the school.

“Why will I divorce my husband after all our struggles together to the point of building our own house and after all my contributions? I told her the only issue we had was my husband’s uncaring attitude, especially when I became sick.  He would sometime say I was lying. Whereas, if he was the one that was sick, I could kill myself over his health.

“There was a time he was sick and things were hard for us.  I had to go under the bridge at Sango to beg people for money, just to raise money for his medications. But in my case, he never cared about me and this was what happened when we lost two children in a single day,” she added.

She said after another attack on a Friday, a friend at her school advised her to leave the house for the meantime.

Omolade said she left the house with a lump in her breast, which she developed after another attack.

The last moment of Omolade captured in another clip, showed her appealing to her husband in the presence of some family members, friends and a doctor.

Olusegun had been “forced” into the hospital to see his wife on the day.

Pastor Stephen Oyesola, the younger brother of the deceased, who forced Olusegun to the hospital, denied hiring OPC members.

He said, “Nobody kidnapped or abducted him. On January 7, we invited him to come and see his wife, but he refused. On February 4, the supreme council of CAC and top CAC elders at Ibadan mediated and asked him to take care of the sick woman so that she would not die. He also refused.

“I was later called to donate blood for my sister, which I did. But she excreted it. She was in pain and was crying that she wanted to see her husband.

“A brother, two friends and myself, went to bring him from the house. We never used any OPC member and we never beat or tortured him. By this time, my sister’s stomach, legs and hands were swollen. The police later came in to take him away. My sister died 12am the following day.”

Stephen added that during the plan for his sister’s burial, the family was surprised when Olusegun’s insisted she would not be buried on the land they alleged co-owned.

He said after much argument, the pastor agreed after saying she contributed only N50,000 to the land.

“We were in a vehicle en route to the place at Atan Ota, when he started making a fake call for people to dig the grave. We had not gone far when the police came again and removed him from our midst. We had to abort the burial plan because it was already late,” he added.

He said the corpse was later deposited in a mortuary and buried at the Itele cemetery the following day.

The eldest brother of the deceased, Pastor Amos Oyesola, lamented that he made many efforts to reconcile the couple, saying Olusegun rebuffed all of them.

He also denied that the family encouraged the separation between the couple.

Amos also said nobody gave the family any money for the treatment of the deceased before she gave up.

“And how can he say we tortured him? If he was indeed beaten and tortured a day to the death of his wife, how would he be able to come for the burial planning? He used the police to arrest one of those treating his wife, but when we got there and explained to them, they understood it was a family affair,” he added.

When our correspondent reached out to Olusegun on the video concerning his late wife, he denied that she was ever sick in his house.

He said, “My wife was never sick in my house. Actually, for the past three years, she had a painless lump on her breast. She was fine and did all her normal work. I, however, suggested to her to go to the hospital concerning the lump so it could be removed, but she said since it was not paining her, I should leave it.  I also called one of her relatives in Owo, who said I was being heartless for wanting them to remove the lump, which had been there for three years. I then stopped talking about it.

“I had gone for a pastors’ conference when she brought some of her relatives to the house. They broke down the door and took away all her property. She later told me her relatives advised her to abandon me over our childlessness.

“I was not the one that was not reachable on the phone, it was she. At a point, nobody even knew her location. When I was called that she was sick, I was surprised and couldn’t believe it.”

Olusegun, who insisted that he was tortured by his wife’s relatives until he was rescued by the police, showed copies of his medical report.

A report from the General Hospital, Sango-Ota, issued on February 8, 2016 by one Dr. Oyejoko S.A., said, “Case of gang beating and blunt injuries.”

The outpatient card read, “Was beaten thoroughly by a group of people. He sustained multiple injuries.”

Posted by Unknown at 9:57 am
Email ThisBlogThis!Share to TwitterShare to FacebookShare to Pinterest
Labels: NijaDrama