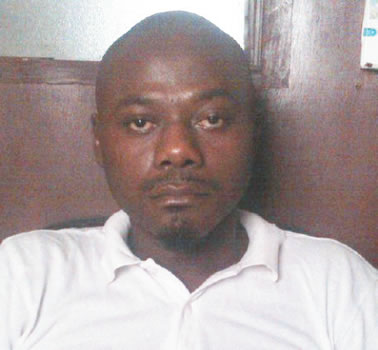 Less than two weeks after a Nigerian, 38-year-old Chijioke Obioha, was executed in Singapore for smuggling 2.6kgs of cannabis into the country, another 38-year-old man, Augustine Uchenna, has been arrested by the National Drug Law Enforcement Agency in Lagos for trying to smuggle 10.2kg of cannabis to China, another country that punishes drug importation with death.

NDLEA spokesperson, Mr. Mitchell Ofoyeju, said Uchenna, a safety equipment trader in Lagos, was nabbed at the Murtala Muhammed International Airport during the outward screening of passengers on an Ethiopian Airline flight to China.

NDLEA commander at the airport, Ahmadu Garba, said that the weeds were discovered inside garri, bitter leaf, bitter cola and other spices, which Uchenna said he was travelling with.

The suspect said during interrogation that he was simply not aware that drug trafficking in China was punishable by death.

He told NDLEA officials, “My friend in China promised to pay me N600,000 for the cannabis. This is my first time of smuggling drug,even though I have been going to China since 2011. The economic recession affected my business and my rent is also due.”

Uchenna, an Enugu State indigene said he is married with three children and was desperate to make ends meet.

He said, “All countries with death penalty for drug trafficking and source countries are all high risk destinations. The main objective of drug control is to promote public health and security.

“I am glad that the arrest was made here thereby preventing the suspect from facing the death penalty in China.”

Posted by Lawrencia at 11:23 am
Email ThisBlogThis!Share to TwitterShare to FacebookShare to Pinterest
Labels: Crime