No New Chibok Girls Have Been Released, DSS Only Took 21 Girls Already Secured To Yola To Celebrate Christmas With Their Families - Presidency 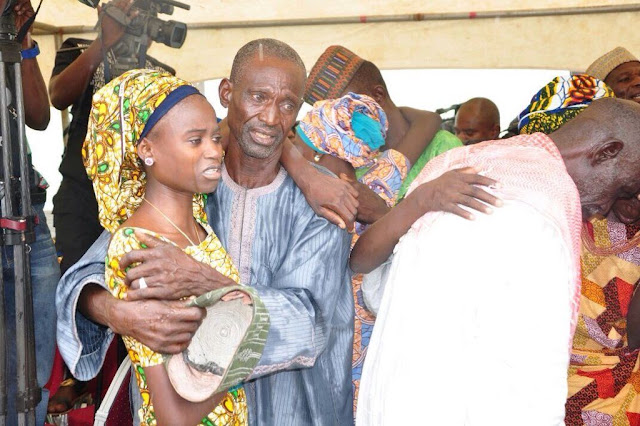 It was reported that 21 of the kidnapped Chibok Schoolgirls have regained freedom according to the Federal Radio Corporation of Nigeria (FRCN), the girls were brought to Yola International Airport in Yola, Adamawa State capital around 3 pm on Thursday.

To my friends spreading the news of a further release of Chibok Girls, we are not there yet. The negotiations are ongoing and the Department of State Service, DSS is full of optimism that they will be successful.


Today, the DSS took the 21 Girls already secured to Yola, Adamawa State on their way home to celebrate the Christmas with their families. No new girls have been released but by God's grace, they will be. Happy Christmas, everyone.

Posted by Lawrencia at 11:56 am
Email ThisBlogThis!Share to TwitterShare to FacebookShare to Pinterest
Labels: NationalNews