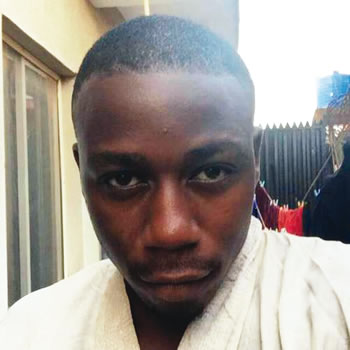 PUNCH Metro had reported that Babalola Jnr was deported from the Ireland, after which he moved in to live with his parents in the Magodo Phase 2 area of Lagos.

It was reported that on Sunday, December 4, the suspect killed his 59-year-old father and stabbed his mother, before fleeing the area.

The police had declared him wanted after the incident. A source that the suspect had been arrested by some residents, who handed him over to the police.

He said, “Everyone had been on the lookout for him. He was arrested on Monday by some residents, who quickly alerted the police at the State Criminal Investigation and Intelligence Department, Yaba, where the case is being investigated.”

The source said the suspect, in his confessional statement to the police, said his father always threatened to deal with him.

“He said he was uncomfortable being with his father because he always threatened him and he could no longer bear the threat, so he decided to kill him that morning. He didn’t say more than that,” he added.

An online platform, Politics Nigeria, which claimed to have spoken with a family member of the suspect, said Babalola Snr had been buried in his hometown in Ila-Orangun, Osun State.

It reported that Babalola Jnr had lived in Ireland since he was seven years old and was deported after he took to drugs.

It said, “On Sunday, December 4, Babalola Jnr finalised plans to kill both parents in their Magodo home. He snuck up on his father who had gone to urinate early that morning. Armed with a knife, he ordered him to lie on his chest, before stabbing him in the back.

“His mother, who heard the noise, came to the scene to see what was happening and she equally got stabbed. He then had a bath, dressed up, took his father’s phones and Automated Teller Machine cards before heading for a filling station owned by his father. On getting to the station, he began to harass the manager for money.”

Posted by Lawrencia at 11:47 am
Email ThisBlogThis!Share to TwitterShare to FacebookShare to Pinterest
Labels: Crime