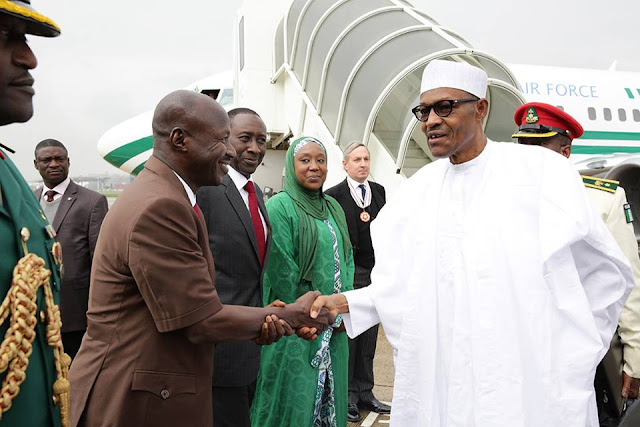 President Buhari has ordered the investigation of top officials of his administration who have been accused of corruption. A short statement by Mr. Buhari’s spokesperson, Garba Shehu, indicated the president’s directive. The statement reads:

"The attention of the presidency has been drawn to a number of reports in the media, in which various accusations of corruption have been levelled against some top officials in the administration. In that regard, President Buhari has instructed the Attorney General of the Federation to investigate the involvement of any top government officials accused of any wrong-doing. If any of them are liable they will not escape prosecution."

Although the statement did not mention any specific officials, the Secretary to the Government of the Federation, Babachir Lawal, and the Acting Chairman of the anti-graft EFCC have both been accused of corrupt practices.

Mr. Lawal was indicted by the Senate of making millions of naira of public funds from non-executed contracts in the troubled north-east using one of his companies. The Senate has since asked for his suspension and prosecution, although he has denied any wrongdoing.

Mr. Magu’s confirmation as substantive chairman was blocked by the Senate last week. The Senate based its decision on a “security report” believed to have emanated from the State Security Service, SSS. A fact-check of the content of the report by foremost newspaper, PremiumTimes, however, revealed most of the allegations were false.

Posted by Lawrencia at 9:40 am
Email ThisBlogThis!Share to TwitterShare to FacebookShare to Pinterest
Labels: NationalNews