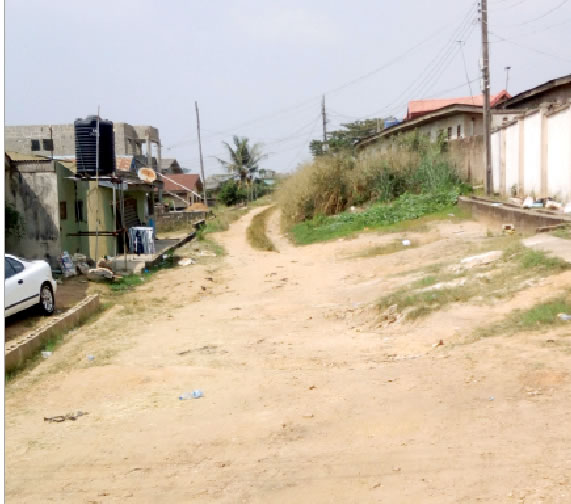 The police in Lagos State have arrested a middle-aged woman, Linda Alapa, for allegedly beating her 10-year-old housemaid, Joy Mbafan, to death. Mbafan lived with the suspect on Bolanle Oduniyi Street, Okegbegun, in the Ikorodu area of the state.

PUNCH Metro learnt that Alapa was flogging the girl for a misdemeanor around 3am last Monday when she passed out and died afterwards.

At the Ikorodu General Hospital morgue where she had gone to deposit Mbafan’s corpse, a doctor on duty was said to have noticed marks of violence on the body and alerted the police at the Sagamu Road Division.

A police source told our correspondent that after interrogation, Alapa confessed to beating the girl, adding that she would be charged with murder.

“She wanted to absolve herself of the death of the victim, but for the doctor on duty who raised the alarm after a close examination and she was arrested. There are marks of violence on the body of the deceased and she did not deny beating her.”

Some residents of Bolanle Oduniyi Street, who spoke to PUNCH Metro on Wednesday, said they had warned her many times to desist from assaulting the victim to no avail.

A neighbour of the suspect said Alapa did not only beat the girl but also starved her of food.

The woman, who gave her name only as Ellen, said although she did not know what led to the beating on that day, “she usually beat the girl for messing up their apartment.”

“Around 3am on the day the girl died, I heard her crying as the woman (Alapa) flogged her. I woke up my husband to intervene. He said he was tired of the woman’s insults. After a while, she stopped crying.

“It was when I came back from work that afternoon that I saw a crowd on our premises in tears. They said Joy (Mbafan) was dead. The woman’s husband was not at home that day. It was the landlord that told him about the incident on the telephone.”

The landlord and Alapa’s husband were not around when our correspondent visited the residence on Wednesday. The Alapas’ apartment was locked.

Another resident, who spoke on condition of anonymity, said the girl’s father was late while her mother was ill, adding that Alapa had brought her to Lagos from a village in the eastern part of Nigeria.

“But she used to beat up and starve the girl of food. On several occasions, the girl would come to me to eat, saying her aunty did not give her food.”

Lamenting Mbafan’s death, a trader in the area, who identified herself only as Deborah, told PUNCH Metro that she had urged the suspect to counsel Mbafan rather than apply corporal punishment.

She said, “She made that little girl to lose self-confidence. Her body bore marks of lashes. Now that the girl is dead, she should also face the music.”

The Lagos State Police Public Relations Officer, SP Dolapo Badmos, in a text message, said, “I confirm the case. The suspect is under investigation while the corpse has been deposited in a morgue for autopsy.”

Posted by Lawrencia at 9:15 am
Email ThisBlogThis!Share to TwitterShare to FacebookShare to Pinterest
Labels: Crime