Actress Queen Nwokoye's Marriage Has Crashed, As Her Husband Who is Based In South Africa, Is Accused Of Cheating On Her

Nollywood actress Queen Nwokoye, has stayed scandal free in the entertainment industry for over a decade, but her husband, Hon. Oluchi Uzoma who is based in South Africa is about to change that.

It has been reported that the Anambra state born actress who refused to disclose the identity of her husband, until a very a reliable source revealed his identity exclusively to wwww.lawrenciaudife.com has been dragged into divorce drama by her husband over his serial cheating and womanising.

Nollywood actor, Uche Maduagwu who recently crowned himself the town crier of actors with troubled relationships shared the story on his Instagram page with the caption: 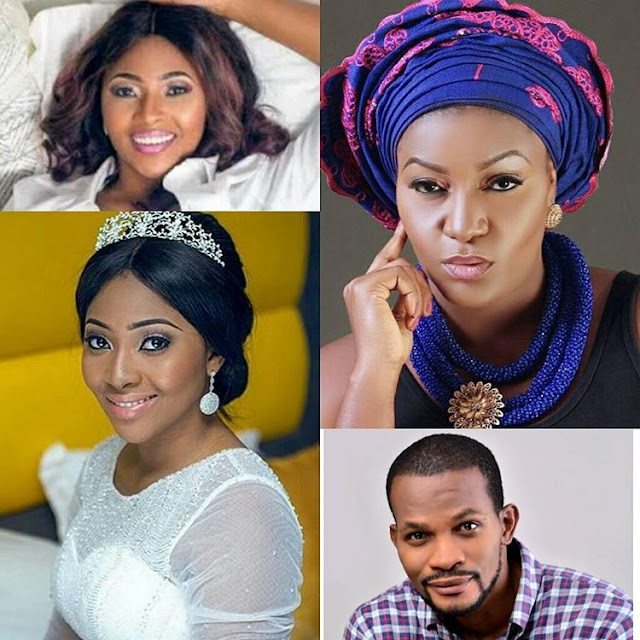 Why do guys cheat? Why do they always cheat on a good woman? Why is it that over 70% of our female celebrities always end up in the hands of the wrong men? And why is it that when everything falls apart its the women that gets the blame all the time? Cheating is not a mistake, its a choice, so when people cheat in their relationships, its not the fault of the Devil, its what you chose.

Love alone is not enough to keep a good relationship alive. Many a times, love seems to be the least reasons for a happy and successful relationship. People who are deficient in character will always mess up other people's lives. If you think your partner is not dressing beautifully enough, instead of sampling other girls, why not spend more money on her, or better still change her wardrobe as many times as you can? It doesn't cost much to be responsible if truly you value your partner. Loyalty to a good woman should not be something you do when its convenience for you, what you forget is that nobody has the monopoly to cheating in a relationship...

But when a good woman remains loyal to you despite all the advances she gets from other men on a daily basis, it should mean something to you. Don't let an enjoyment of less than 6 minutes destroy the foundation of a marriage or relationship you had built over the years. Its not too late to make amends, because it's very certain that God will punish all the useless people that had taken the kindness of good women for granted. Respect your woman, that's what real men do.


Watch the video of Queen with her husband below:

Posted by Unknown at 2:04 pm
Email ThisBlogThis!Share to TwitterShare to FacebookShare to Pinterest
Labels: Gists