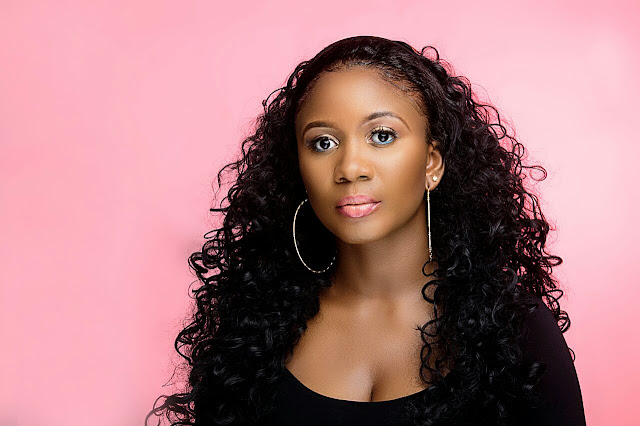 It came as a shock to most people when actress, Amanda Ebeye, had a baby in Canada, more so when nobody knew about her being in a relationship let alone, getting married.

Expectedly, she got a lot of bashing offline and online especially, from her fans who felt it was ‘bad’ for her to have a child outside wedlock. But in an exclusive chat with Saturday Beats, the actress gave reasons why she did not get married to the father of her child.

“I did not marry the father of my child because he is not my husband and he is not meant to be. I could have been in the most useless relationship right now if I wanted but I told myself instead of giving my son this shameless pretender and liar of a man as a father, I would take care of him and he will be fine. I tell you that since I took that stance, I’ve not looked back for one day and God keeps giving me the strength to move on. If it is God’s, one day a good man will come and you’ll be invited to my wedding but for now, I’m single and all that matters to me is my son,” said the actress.


She was also quick to respond to the backlash she received after welcoming her baby to the world. While reacting to the various rumours and online tongue lash she received from Nigerians, the actress simply said that everyone is entitled to their opinion.

“I didn’t feel bad because we are all entitled to our opinions. Most people don’t know what other people go through but they are fast to bury them. We all hide behind our beautiful make-up and clothes that people forget that we all cry sometimes. And the most painful part is that it is mostly women that do these criticisms.  Some are even going through worse situations but they come on social media, wearing make-up and fine clothes and start commenting but when they go home, their husbands would slap them for not cooking their food early, and they receive it with smiles, walk away and say I’m fighting for my man. Hypocrites!”

The Clinic Matters actress said that she cannot describe the joy that comes with motherhood and contrary to popular belief; it is not a tough job being a single mother.

“Being a mother is the best feeling in the world and it’s unexplainable. If you’re a woman and you haven’t experienced it, you have to look forward to it and pray it happens. I remember when I used to hear our mothers say a woman is not complete without childbirth. I never believed them but sincerely now I do. I’m glad I’ve had this chance to go through this experience and feeling. I would not trade it for a billion dollars.

“It’s been amazing. People think it’s very hard and difficult but I’ll tell you this today and I’ll use this medium to speak to women going through bad relationships. You can do it alone, do not let some man think he’s your Alpha and Omega. That’s for the Lord. Honour your husband. Be diligent as a wife. Do your job as a wife. Be his mother, cook his meals and cater to your family. Have a job so you can support your family too. He pays the fees, you can choose to pay for a vacation for the family to France. Do all you can as a good wife and a virtuous woman but if you do all that and he disrespects you, cheats on you and gives you bull please know you stand right with God and don’t be scared to walk out the door with your kids,” she said.

Posted by Unknown at 9:49 am
Email ThisBlogThis!Share to TwitterShare to FacebookShare to Pinterest
Labels: Gists