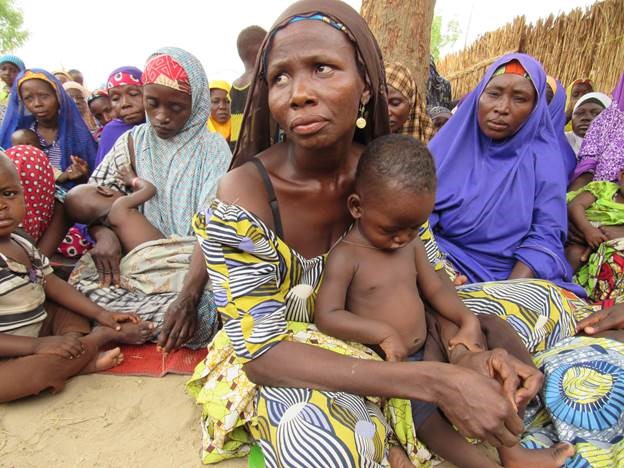 The Army said a fighter jet had misfired and shot some humanitarian aid workers of the International Committee of Red Cross (ICRC), the Medicines Sans Frontiers and some civilians in Kala Balge in Borno during their recent operation to wipe out Boko Haram. President Buahri condole with families of the dead, saying:

President Muhammadu Buhari has received with deep sadness and regret, the accidental bombing of a civilian community in Rann, Borno State, by the Nigerian Air Force, engaged in the final phase of mopping up insurgents in the North-east.

President Buhari condoles with families of the dead, wishes the wounded divine succour, leading to full recovery, and sympathizes with the Borno State government.

The President pledges federal help for the state government in attending to "this regrettable operational mistake," and pleads for calm, even as he prays God to grant repose to the souls of the dead.

Posted by Unknown at 10:25 pm
Email ThisBlogThis!Share to TwitterShare to FacebookShare to Pinterest
Labels: NationalNews