Nigerian Army To Give N500,000 Cash Reward For Information On Suicide Bombers 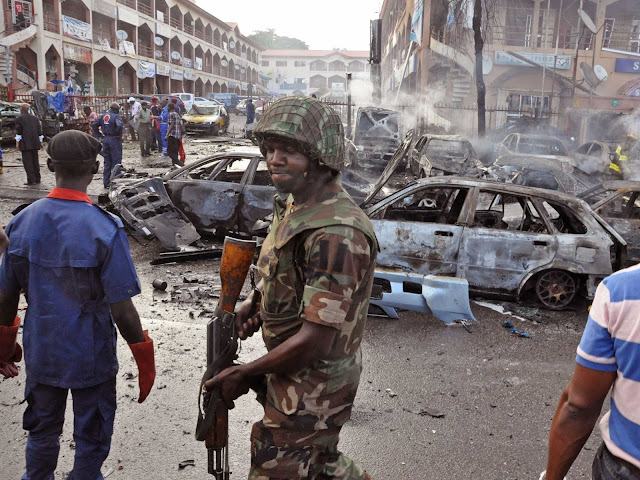 The spate of suicide bombings in the North East and in particular, Maiduguri and Madagali metropolis is assuming a disturbing proportion.

The offer by the Nigerian Army is to further encourage law abiding citizens to actively join the war against terrorists and our collective security. The following numbers are available for immediate response:

We would like to reassure that all information received would be treated with utmost confidentiality and acted upon with despatch. While we appreciate the cooperation of the members of the general public so far, there is the need to be more vigilant and security conscious to save lives and apprehend Boko Haram terrorists and their sponsors.

Once again we call on all law abiding citizens to provide useful information to security agencies towards a quicker apprehension of remnants of terrorists still bent on unleashing mayhem on Nigerians.

Posted by Unknown at 6:05 pm
Email ThisBlogThis!Share to TwitterShare to FacebookShare to Pinterest
Labels: NationalNews