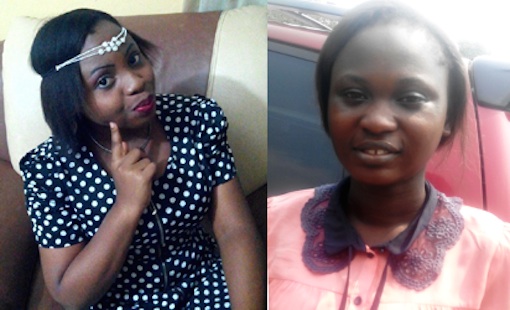 Two University of Lagos female graduates with first class and Cumulative Grade Point Average CGPA 5.0, have revealed some of the secrets of their success, one of them being that they avoided having boyfriends, while studying.

The ladies, Taiwo Bankole, 22, and Oyindamola Omotuyi, 21 have just matched the celebrated academic feat of the Philosophy graduate, Ayodele Daniel Dada, who made a CGPA 5.0 last year in the same university.

Omotuyi, the first daughter among her parents’ three daughters said her bookish father inspired her.

‘’My father, an engineer reads all night and I tried to emulate him.”

She said she was not born a genius and attributed her first class simply to hard work.

‘’While in primary one, I took 11th position in my class and in UNILAG, I had two bad results. A day before the exam of a particular course, I saw my test result where I scored 9/30. Before the test, I had read very well, yet, I got 9/30. When I saw it, I was downcast. I asked God what was going on and I cried. That was in 200 level. However, I didn’t let it stop me because I don’t believe in falling and not rising again. After crying, I met people to brush me up on the course to know what the lecturer really wants and the exam turned out beautifully later.

Omotuyi said that her social life was spent with her friends and church members, occasionally attending birthday parties and watching movies.

‘’I never had a boyfriend. I understand what school relationships really are and I don’t do things because everyone does it, I have where I am going to. It is not that I wasn’t approached by boys, but there is a right time for everything,’’ she said.

Taiwo Bankole on her part noted that all was not rosy before she gained admission into UNILAG.

She disclosed that though she had her WAEC and NECO at one sitting, she took UTME and failed.

‘’I ended up entering school with direct entry by doing diploma in UNILAG.’’

According to her, graduating with first class was not her target.

‘’When I did diploma, my CGPA started from zero in my 200 level. In my degree, when my CGPA rose to 5.0, I decided to maintain it by reading for six hours everyday. I keep my studies interesting and simple. I use the library, I read in my room, I listen attentively in class, and I trust God for success.’’

About her social life, she said: ‘’I go out with my friends, watch movies and go to church. I don’t have a boyfriend.”

Asked the reasons, she simply said: ‘’This is because I came to face my books and not relationships. When the time is right, God will provide the right person for me.’’

Posted by Unknown at 12:15 pm
Email ThisBlogThis!Share to TwitterShare to FacebookShare to Pinterest
Labels: Gists