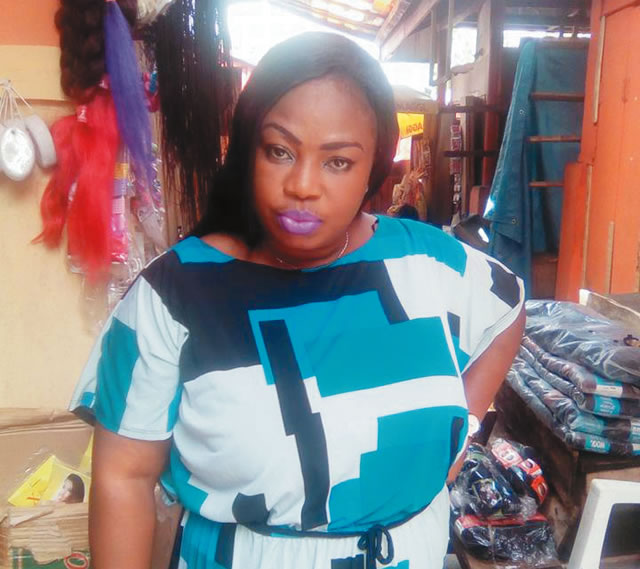 The arm of the law has caught up with a distributor with a food producing company, Ayoola Foods Limited, 41-year-old Rashidat Folawiyo, after she allegedly defrauded the company of N2.4m.

Folawiyo, known as Ore Abosede on her Facebook account, was the company’s major distributor in Ondo State, until August 2016, when she failed to remit the proceeds of products worth over N2.4m to the company.

Saturday PUNCH learnt the company had handed over a van and food products worth about N6m to Folawiyo in August 2016. But by the time she was supposed to make remittance of an outstanding proceed of sale amounting to N2,407,270, she became unreachable.

Managing Director and Chief Executive Officer of Ayoola Foods, Mr. Segun Olaye, told the police that Folawiyo was initially an employee of the company until she was rewarded with a distributorship role along with a few others across the country.

Saturday PUNCH learnt that she was given an operational vehicle and was getting N6m worth of products on credit every month.

Olaye said, “But when in August, her debt ran into over N2.4m and she was no longer reachable, we reported her to the State Criminal Investigation Department in Lagos.

“Initially, we did not realise what she had done because while she could not come back to the company for more products, she was still parading herself as a distributor, telling traders who wanted our products to pay directly to the company’s account.

“It was when we started getting calls from traders who were complaining that they were paying but not getting our products that we realised the money we had been getting from her area was not the debt she owed.”

Detectives from the SCID, who went after Folawiyo, were able to recover from her the operational van she was given by the company.

Saturday PUNCH learnt that the police later tracked her down in a hair extension store she had set up in Ijapo area of Akure, the Ondo State capital.

Many photographs on Folawiyo’s Facebook wall showed her standing in front of the store.

Pretending to be customers, the detectives were able to arrest Folawiyo and transported her back to Lagos, where she was detained and questioned.

In her statement, Folawiyo admitted to the police that she indeed converted the N2.4m to her personal use.

But when asked how she would pay back, she pleaded to be employed back in the company so that she could be paying back at N20,000 every month.

A police source told Saturday PUNCH that Folawiyo has now been charged before a Chief Magistrate’s Court, Yaba on three counts of theft, conspiracy to commit felony and fraud all contravening sections 285, 409 and 312 of the Criminal Code Laws of Lagos State 2011.

Folawiyo has been remanded in the custody of the Kirikiri Prison, Lagos, custody pending the time she would be able to meet her bail conditions.

Posted by Unknown at 9:55 am
Email ThisBlogThis!Share to TwitterShare to FacebookShare to Pinterest
Labels: Crime