Tonto Dikeh Confirms Her Marriage Is Over, As She Endorses Actor Uche Maduagwu's Article Targeted At Her Husband And Ubi Franklin 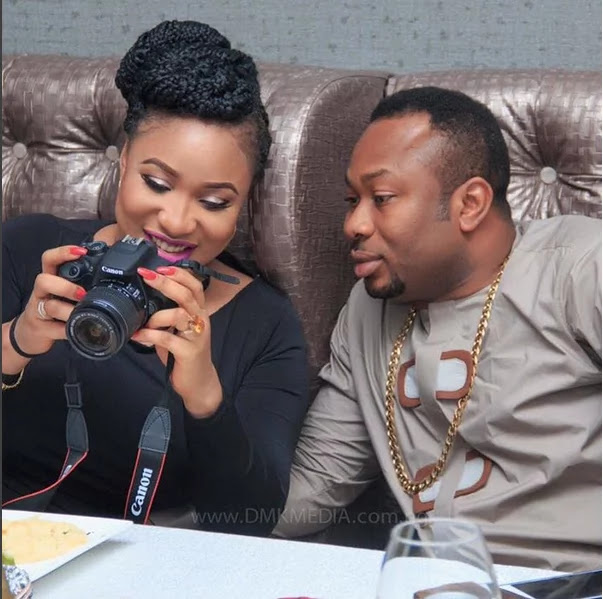 Why is it that some people are enemies of happiness? Why do people treat good women like Objects and toys? I guess it's true that some people do not know the worth of what they have until they loose it. When a woman gives you all her heart, time, affection and life and all she ask of you is simple loyalty, yet you can't guarantee her that, then it shows something is definitely wrong somewhere.

We all know that every marriage has its own ups and downs, but that's why a good woman is married to a noble man, a man that should be matured enough to stir the ship of his marriage away from the storms of life. When a man begins to hit a woman he calls his wife, avoid her, treat her like an ordinary person or even doesn't create enough time for her then that man is worse than an infedel.

Even if you don't appreciate the woman you got married to, before walking away from that sacred institution of marriage, can't you for a second think about the child you are leaving behind? That child deserves a father figure in his life, he needs a mentor, he needs someone he can tell stuffs that his mother won't understand.

Back then, our mother's and fathers lived together not because everything was fine or rosy, but because they took into consideration the children they had, but what we have now are father's who are so much in a hurry to walk out of a marriage especially when its not going well. Nobody said marriage is a paradise on earth, of course it comes with its own problems, but what makes us great is our ability to overcome them on a daily basis... You verbally assault your wife and yet , you expect her to be loyal. You take all of her kindness for weakness and still expect her to respect you. You don't call her, text her or even return her calls and for some reason still expect her to welcome you with an open arms. I have seen men of honor, men who have stayed for years with their wife and kids. Men who are so matured that they don't joke with their woman, in fact, they would rather abandon other activities just to be there for their family. But I know this 2017, God is really going to punish some fake husband's.

It started with lots of congratulations, that's the story of most single mothers... At one point or the other it was as if the relationship was made in heaven. But may God save us from those who are planning all year round just to explore and exploit us. Being a single mother is just a title, its not a certificate, neither is it a thing to be ashamed of. Its time to move on dear... Its time to put aside the pains, tears and regrets. My dear, you couldn't have done it better even if you tried. You gave it all your best, but too bad it didn't work out as planned. God knows best. Maybe there is something in it for other single ladies to learn from. Sometimes not all that glitters are gold. Some people appear to be gold but deep inside of them they are cheap gold plated ingrates. They make you put all your eggs in one basket only for them to walk out of your life later leaving behind heavy pains and sorrows. But what can a good woman do? It's time to move on. Your a great mother now, and you have the worlds most adorable child, that's the only blessing that the broken marriage gave you, be thankful to God that it didn't take your life. Some women are 6 feet below the earth surface today due to one form of domestic violence or the other, but God brought you out of this ugly and painful one alive and well. Its time to move on, its time to dedicate all of your love to your sweet healthy child, that's the only way to pay the bastards that used you, hurt you and left you broken at a time when you needed all the love and support. The lord will definitely put back the pieces of your broken heart together, one day at a time dear, but you have to move on.

If someone claims to love you, then they will always make out time for you. Nobody is too busy to dedicate the smallest of time for the one they love. Family is everthing when your priority is right. Sometimes, people don't really know what a Good woman is facing in her MARRIAGE or relationship...they only see her beautiful make ups and perfect smiles, but little do they know that its all a cover up, please don't be in a haste to judge because its only the person that wears the shoe that knows where it hurts. People who sit on the fence actually thought it was rosy and fun filled, but only God knows the pain and regret a good woman experiences on a daily basis in her quest to keep the relationship moving. You dont have time for your woman, yet You always have time to meet with friends at the club, visit family and even book business trips that last for days yet, you don't have time for your own 'jewel'. Its hard for a woman to explain all the pains and bitterness she passes through daily all in the name of keeping the relationship strong. You don't want to complain, but when its getting out of control, then its Better to spill out the bitter wine. I always ask why its the women that are always at the receiving end of it all? Some people only are concerned about their selfish interests and not that of others. The very moment someone starts giving excuses as to why they can't be with you, pick your calls or even send you a text, then its obvious they are tired of the relationship and are only looking for a break. The best way forward is not to keep grudges, but to allow Karma punish those who took all of your kindness for weakness. Its very obvious they knew from the onset that they weren't going to stay for so long, they planned it meticulously, waiting for the very day that they will show their true color. But whoever is happy taking a good woman for granted and throwing all of her sacrifices into the dustbin of ungratefulness.... Karma will definitely visit them from their first generation to the last one. There is no hiding place for the wicked this year. 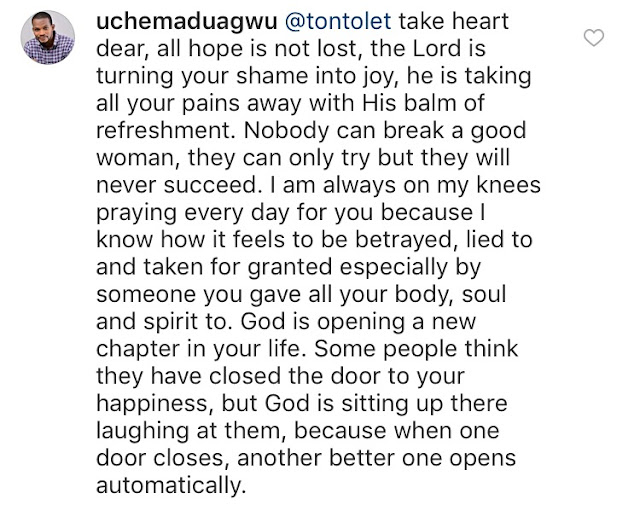 Posted by Unknown at 1:02 pm
Email ThisBlogThis!Share to TwitterShare to FacebookShare to Pinterest
Labels: Gists