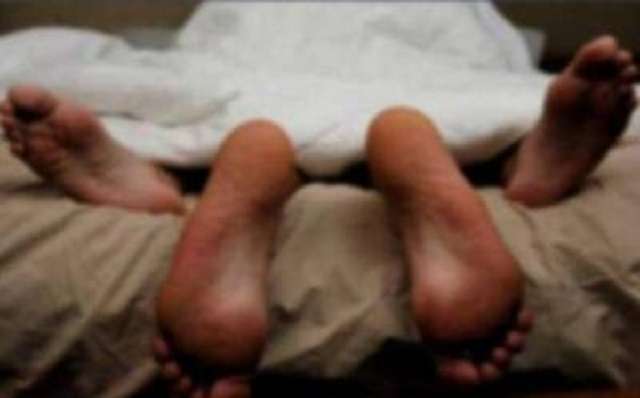 The wife of a Lagos State socialite, identified only as Josephine, has been killed after sex romps with her boyfriend in a guesthouse in the Isheri Olofin area of the state.

PUNCH Metro gathered that the victim had gone to the guesthouse with her boyfriend, Augustine Dunkwu last Tuesday around 2.30pm.

They were said to have drunk different brands of beer after which they went into a room. After about 45 minutes of marathon sex, the woman fainted. When efforts to resuscitate her reportedly failed, the suspect allegedly dressed up and left the guesthouse.

The receptionist, who became suspicious that Dunkwu left without his partner, was said to have quickly dashed into the room and saw that the woman was unconscious.

The worker raised the alarm, and the suspect was chased, apprehended and handed over to policemen from the Idimu division. Josephine’s corpse was subsequently deposited in a morgue.

The owner of the guesthouse had made statement at the police station.

An elderly man and a young lady, who confirmed the incident. The man, who appeared to own the guesthouse and asked not to be identified, said the suspect had attempted abandoning the corpse in the room.

He said, “This is a public place and people come in and go out. We are not responsible for what happened.

“They came in and had drinks. There were several others here that day. After they finished drinking, they went into a room.

“I don’t know what happened between them; but some minutes later, he stepped out of the room and left the guesthouse. The receptionist observed that he didn’t leave with his woman friend and when she went inside to check, she discovered that the lady was unconscious and quickly raised the alarm.

“People ran after him and saw that he had already boarded a vehicle. We had to drag him down from the bus.

“The incident really caused commotion in the guesthouse as some of our customers fled. We alerted policemen, who arrested him and removed the corpse.”

A source in the area said Josephine was the wife of a socialite, whom he refused to name.

He said, “They both had drinks in the guesthouse before going into the room where they had sex. It is possible that the man used drug or the woman was not strong enough to withstand the sex. She passed on during the romp.”

The source said the police from the Idimu division took the corpse to a mortuary.

Our correspondent gathered that the matter had been transferred to the State Criminal Investigation and Intelligence Department, Yaba.

She said, “We were told that on January 24, 2017, the suspect and the deceased lodged in a guesthouse.

“The suspect later attempted to check out without his guest, prompting the receptionist to run after him.

“He was taken back to his room where the lifeless body of his girlfriend was discovered without any sign of violence.

“The corpse was removed and deposited in the Mainland General Hospital Mortuary, Yaba. Investigations are ongoing.”

Posted by Unknown at 10:17 am
Email ThisBlogThis!Share to TwitterShare to FacebookShare to Pinterest
Labels: NijaDrama