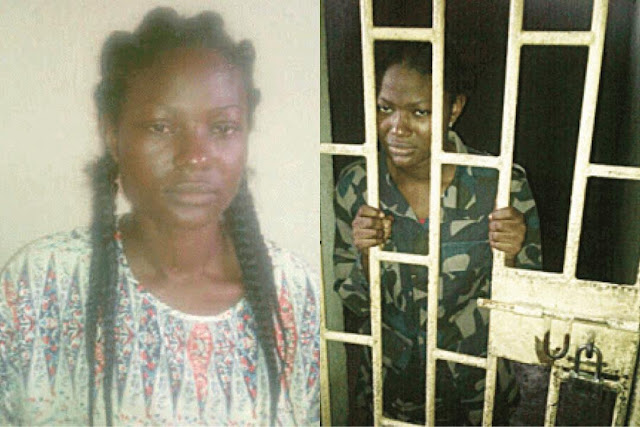 A Nigerian Air Force personnel, IgbobieUzezi, who accused one of her superiors, Flight Lieutenant B.S Vibelko, of drugging and raping her in 2011, has sued him along with the Air Force, Chief of Air Staff, and Attorney-General of the Federation, for her unlawful dismissal.

The suit, number FHC/L/CS/10/17, was filed at the Federal High Court, Lagos Division on January 5, 2017, by the Malachy Ugwummadu Chambers on behalf of the Committee for the Defence of Human Rights, which is handling the case.

The court processes obtained by our correspondent, state that the “violent rape and sexual assault” of Uzezi was a “flagrant violation of her fundamental rights to life, dignity of human person and personal liberty.”

Uzezi accused Vibelko of assaulting her on May 17, 2011 with claims that she contracted a sexually transmitted disease in the process.

She said in her suit, “I was arrested and detained at the guardroom within the Air Force Base, Victoria Island, Lagos in an inclement and dehumanising condition with hard labour for a period of 14 days from May9 to 23, 2013 on the orders and prompting of the chief of air staff, air officer commandant, and the flight lieutenant, without charging me to a court of law or even making my offences known to me.”

According to the suit, the claimant was again detained within the Air Force Base, Ikeja, Lagos for another 10 days from October 1 to 10, 2015 allegedly on the orders of the names mentioned earlier.

Her lawyers claim that Uzezi was dismissed from service without allowing her a fair hearing on allegations that Vibelko, her former instructor took undue advantage of her “violently drugging and raping her against all known codes of discipline and laws of both the Nigerian Armed Forces Act and Criminal laws of Nigeria.”

Uzezi is asking the court to award her the sum of N500m jointly and severally against the chief of air staff, air officer commandant and also the flight lieutenant as general and exemplary damages for the breach of her fundamental rights.

Uzezi joined the Air Force in 2010 at the age of 19. She said she was still a virgin at the time she was allegedly raped.

Posted by Unknown at 8:20 am
Email ThisBlogThis!Share to TwitterShare to FacebookShare to Pinterest
Labels: Crime