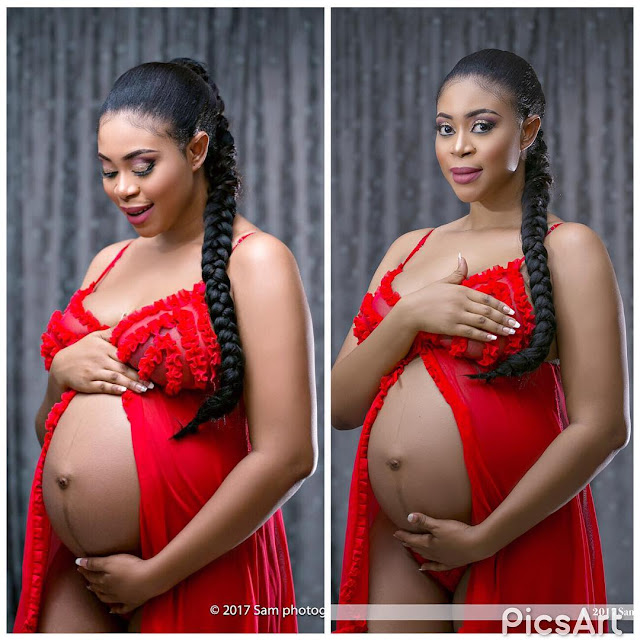 Nollywood actress, Mimi Orjiekwe, is the newest victim of paternity scandal in the industry and the young lady seems undisturbed with the ‘malicious’ rumours making rounds about her.

Ever since it became public that she is pregnant, some rumour mongers especially on the internet, have been saying that her actor husband, Charles Billion, is not the father of the child.

Those who claim to know even alleged that their marriage broke up just few months after they got married.

Even though her husband has publicly defended the young lady and claimed that their marriage is still intact, Mimi had kept mum on the matter but not up until Saturday Beats reached out to her.

In a telephone chat, the actress said that it was pointless trading words with rumour mongers because she believes everyone has a right to air their opinion.

“What people say about me on social media is not my business. Everybody is entitled to their opinion. I know my husband and I know the father of my child, so everyone is entitled to their own opinion. Maybe if they know who is responsible for the baby, they can come up with the person but in my home, we are all fine. We know who is responsible for the baby; we know the father and the mother. Also, my close friends are in the know as well. It is up to them to say whatever they want to say. I don’t think I should reply such idle talks because it is not affecting my happiness in any way,” she said.

Posted by Unknown at 9:36 am
Email ThisBlogThis!Share to TwitterShare to FacebookShare to Pinterest
Labels: Gists