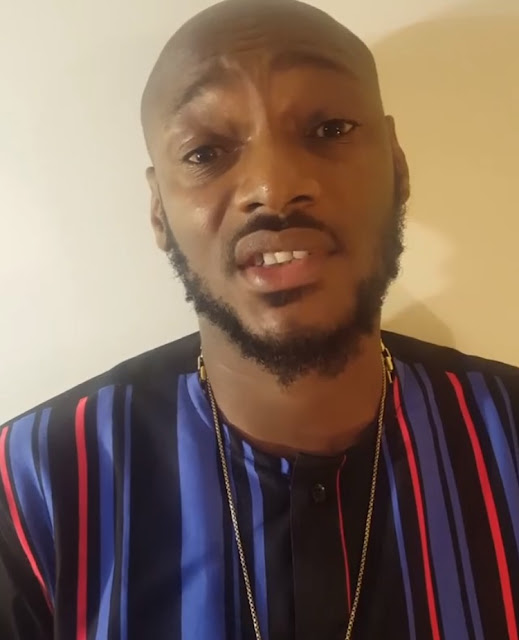 Innocent Idibia, aka Tuface Idibia, has bowed to pressure to call off a protest he was organising against  Buhari-led administration. The planned protest was earlier billed for 6th February, 2017.

In an Instagram post and a short video via his official handle @official2baba late Saturday, Tuface announced the cancellation of the protest scheduled to hold in Abuja, Lagos and other parts of the country. He said,

“Dear Nigerians, due to security concerns and public safety consideration, I hereby announce the cancellation of the march.”

Watch the video of his cancellation inside...

Dear Nigerians!!! Due to security concerns and public safety consideration. I hereby announce the cancellation of the planned March.
A video posted by Innocent Idibia (@official2baba) on Feb 4, 2017 at 1:59pm PST

Tuface called for nationwide protest against Nigeria’s worsening economic crisis that has seen costs of goods and services skyrocket, with many families struggling to survive.

But police warned against the protest after initially promising to provide security. Police authorities said on Friday they had “credible intelligence” that other groups were planning a counter protests on the same day and at the same venues, saying the event could turn violent.

Later, a group, I stand with Buhari, announced pro-Buhari campaigns on Monday and Tuesday.

Posted by Unknown at 12:35 pm
Email ThisBlogThis!Share to TwitterShare to FacebookShare to Pinterest
Labels: Gists