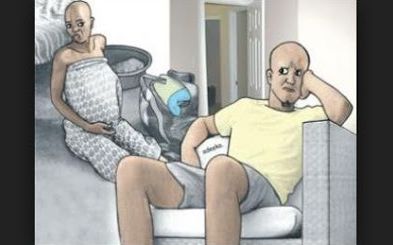 A man, Taiwo Olubayode, has been sentenced to nine years’ imprisonment with hard labour by a family court sitting at Oke-Eda, Akure, the Ondo State capital

The 56-year-old was convicted for impregnating his 16-year-old daughter on Oke-Ijebu Street, Odode- Idanre, in the Idanre Local Government Area of the state.

The convict, who was brought before the court by the Nigeria Security and Civil Defence Corps, was charged with one count of having incestuous relationship with his daughter.

The offence, according to the prosecutor, was contrary to and punishable under sections 31 (1) and 31 (2) of the Ondo State Child’s Right Law of the Nigeria Security and Civil Defence Corps, 2007.

Olubayode pleaded not guilty to the charge on his first arraignment. He was later found guilty by the family court.

The NSCDC prosecuting officer, Mr. Ebriku David, told the court that the victim and her boss reported the case to the NSCDC’s office in Idanre, when it was discovered that the girl was pregnant.

According to him, the case was transferred to the Akure division of the corps, where the victim informed the command that her father was responsible for the pregnancy.

David also told the court that the convict had earlier confessed at the NSCDC office that he committed the offence.

In her ruling, the magistrate, Mrs. O.A. Edwin, said Olubayode was guilty of the charge and sentenced him to nine years’ imprisonment with hard labour without option of fine.

The magistrate said it was a shame that the convict had an incestuous affair with his own daughter.

Posted by Unknown at 11:32 am
Email ThisBlogThis!Share to TwitterShare to FacebookShare to Pinterest
Labels: Crime