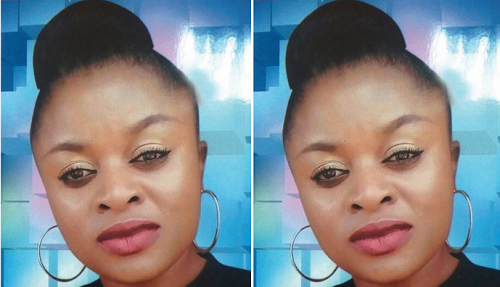 An Igbosere Magistrate’s Court has remanded a couple, Mr. Chidi Ubochianjonjo and Mrs. Nkiru Ubochianjonjo, for allegedly bathing a businesswoman, Ogochukwu Nwosu, with a substance suspected to be acid.

The magistrate, Mrs. J.O. Adepoju, said due to the severity of the injuries sustained by the victim and the weight of the charges, the two defendants should be remanded in custody pending the release of legal advice from the Directorate of Public Prosecutions.

According to the charge sheet, with charge number 0/18/2017, Nkiru had allegedly sent a threat text message to Nwosu.

PUNCH Metro had reported that Chidi had proposed to Nwosu, which the latter agreed to after he promised to persuade his wife, Nkiru.

Nwosu had alleged that immediately Nkiru got to know about her she started threatening her through calls and messages.

She had closed from work at Computer Village and had reached Ilasamaja around 8pm on October 6, 2016.

She was about to cross to the other side of the road when a man alighted from a motorcycle and poured the acid on her.

Nwosu had said she suspected Nkiru because of the threats she had been receiving from her before the incident, adding that while also on the hospital bed, she still threatened her.

The suspects were arraigned on Wednesday on four counts of attempted murder and causing grevious bodily harm.

The charges read in part, “That you, Chidi Ubochianjonjo and Nkiru Ubochianjonjo, on or about October 6, 2016, at Ilasamaja  bus stop, Ilasamaja, Lagos, within the jurisdiction of this honourable court, did conspire with others at large to commit felony to wit: attempted murder.

“That you did attempt to murder one Ogochukwu Nwosu by bathing her with substance suspected to be acid.”

The police prosecutors, O.A. Ochogu and Nicholas Ekpene, said the offences were punishable under sections 411, 230, 232 and 245 of the Criminal Law of Lagos State, Nigeria, 2011.

The defence counsel, Echemazu, applied for the bail of the defendants in liberal terms.

But the prosecution team, led by Ochogu, argued that the court should remand the defendants due to the severity of the alleged crime.

The magistrate upheld the prosecution argument and ordered that the couple be remanded pending the release of legal advice from the DPP.

She said while Nkiru should be taken to the Kirikiri Minimum Prison, the husband, Chidi, should be remanded in the Ikoyi Prison.

Posted by Unknown at 1:07 pm
Email ThisBlogThis!Share to TwitterShare to FacebookShare to Pinterest
Labels: Crime