Davido's New Paternity Scandal: I’m Not Doing Another DNA Test, She Is Just An Opportunist Looking For Quick Money And Fame - Davido 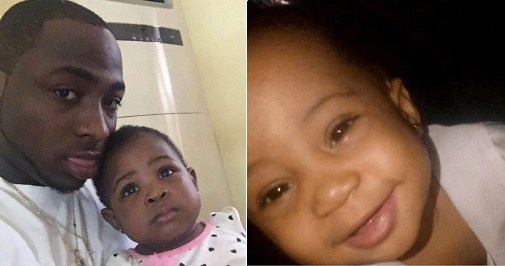 The family of Ayotomide Enitan Labinjoh, the woman who allegedly gave birth to a daughter following a brief affair with Davido are asking the singer to come claim his daughter.

The lady allegedly met Davido in Ibadan in 2013, they had an affair and maintained contact, but he blocked her. He called back in April, promising to care for both mum and child, but blocked her again, resurrecting the contact again after she had put to bed.

The narrator alleges that Davido named the child ‘Veronica’ but would cease contacting the mother after she began to asked for financial help with raising the child. Undaunted, the family of the new mum allegedly contacted Davido’s father and the billionaire businessman requested for a DNA test.

Apparently, both parties were unable to reach an amicable agreement, which is why the story found its way to social media.

However, Davido still insists that the baby is not his. He also stated that he would not agree to another DNA test. On Saturday, Sunday Scoop spoke with Davido’s manager, Asa Asika, who said, “Davido is not the father of the baby.”

When asked if the singer would be willing to undergo another DNA test, he retorted, “He is not going for another DNA test. After all, a test was conducted and it turned out negative. DNA tests are never wrong.”

On if Davido had ever met Ayotomide, he said, “Davido had never met her before she showed up at his house claiming that he is the father of her child. She is just an opportunist looking for quick money and fame.”

Meanwhile, Davido threw decorum to the winds when he took to his social media pages to refute the story published by Saturday Punch. The young man, who is known for his rudeness and lack of respect for elders, wrote, “Two years ago, person wey U never see your life, bring pikin say nah ur own, u take paternity test , it came out negative…upon finding out the test results were negative, out of pity we still give dem money. Years later, dem no gree say nah my own. Chai money good (sic).”

It will be recalled that Davido waged a verbal war against his first baby mama, Sophie Momodu and her family, especially media guru, Dele Momodu, whom he used derogatory terms on in songs. This was after the singer and his family were accused of attempting to smuggle his first child, Imade, out of the country without the consent of her mother.

Meanwhile, the singer is also said to be expecting another baby from USA-based lover, Amanda.

Posted by Lawrencia at 10:46 am
Email ThisBlogThis!Share to TwitterShare to FacebookShare to Pinterest
Labels: Gists