FOUR dead and 20 injured As Terrorist Mows Down People On Westminster Bridge, London, Before Being Shot Dead After Murdering A Police Officer 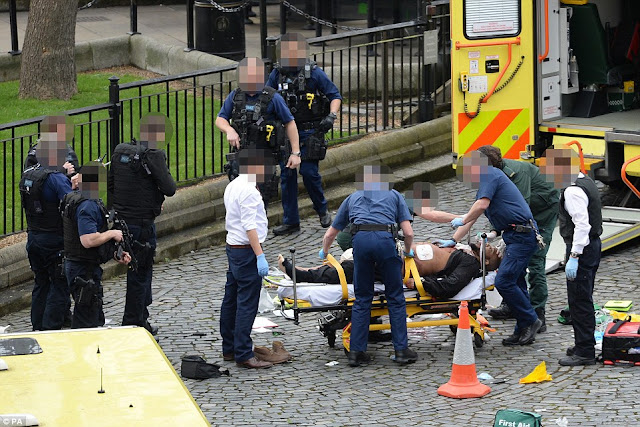 Three people and a terrorist are dead after an attacker brought carnage to central London today, mowing down pedestrians on Westminster Bridge and hacking at police with knives in the grounds of the Houses of Parliament.

Around 20 people were hit when a 4x4 drove along the pavement on the crowded bridge, knocking down and seriously injuring pedestrians before crashing into a fence below Big Ben.

The killer, described by witnesses as 'middle-aged and Asian', then managed to break into the grounds of Parliament, where he fatally stabbed a police officer with two knives.

The policeman died at the scene. The attacker - who was shot at least twice by armed officers guarding the building - died after he was taken to hospital. 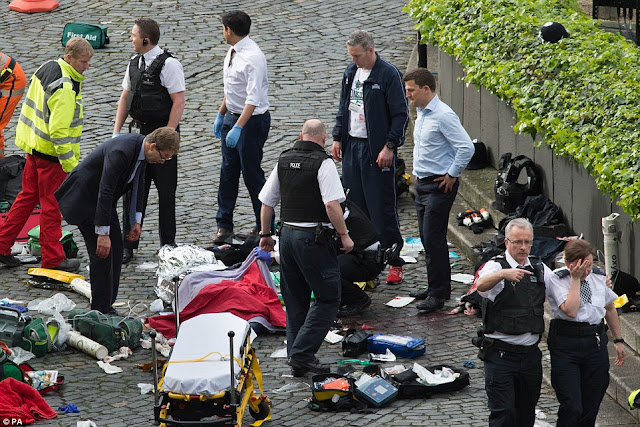 Prime Minister Theresa May tonight vowed Britain would 'never give in to terror' and 'defeat hate and evil' after she blasted the 'sick and depraved' attack in Westminster and praised police and security staff who 'ran towards danger even as they encouraged others to move away'.

Scotland Yard said the attack, which comes a year to the day after the atrocities in Brussels, is being treated 'as a terrorist incident'. 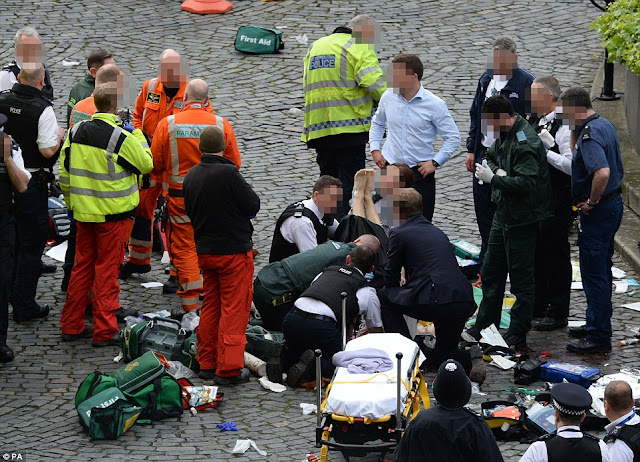 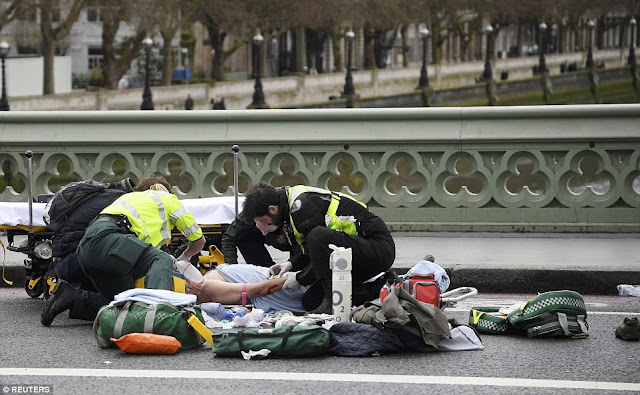 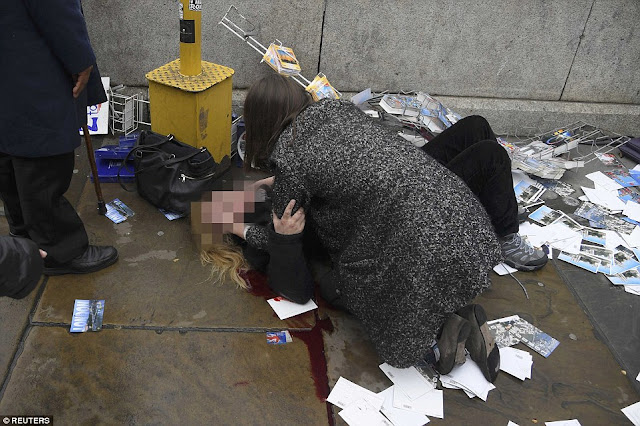 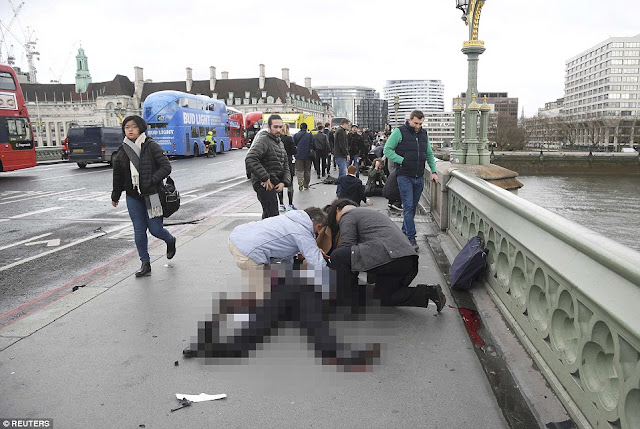 Posted by Unknown at 10:38 pm
Email ThisBlogThis!Share to TwitterShare to FacebookShare to Pinterest
Labels: InternationalNews