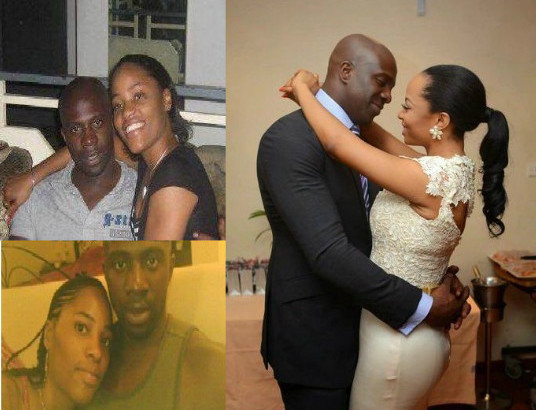 1️⃣ Sexually Progressive - Most Side-chicks are more sexually exposed and enlightened than wives, Sidechicks are willing to take more risks & use every single organ of their body to please a man. Meanwhile some wives are very Comfortable with only missionary style from January to December , they frown at a lot of things. E.g. I received a mail last month where a husband woke his wife up in the middle of the night & asked her for sex in the car, she replied him & said why are we paying all this rent money to have sex in the car. Do I look like a university girl to you? The husband got so upset, went to the toilet to masturbate. A Sidechick would never say NO to sex in the car even at 3am.

2️⃣ Body Goals / Physique: A wife has a lot of responsibilities.Managing a home, raising children, running her business, catering for her husbands needs / chores. She doesn't have time or luxury to have body goals or even Join a gym, hence she begins to look like a GrandMa or an Aunty. Most wives assume the role of mothers 1000% forgetting about their looks and their husbands needs. On the other hand, Sidechicks sleep in the gym, slay for breakfast and dinner, have flat a belly and look exactly like a mans fantasy.

3️⃣ Some wives are not Prayer warriors, their prayers are face validity alone, they don't have a "War Room Mentality" : A lot of Sidechicks have Spiritual & marine spirit backing & are on a mission to destroy homes & take everything for themselves. They use charms & all sorts to seduce husbands. Some wives have already lost the battle before it began because they don't have a deep rooted relationship with God neither can they fast for 40 days or more for their family's sake. They want Pastors to fight their battles for them instead of intending to the issue personally.

4️⃣Mental Masturbation : Make a man feel like a king even if he's broke or hasn't paid the children's school fees. Most husbands avoid their homes because it reminds them of a reality they want to avoid. ( their failures, responsibilities, duties, obligations etc) Wives are very good at putting their husbands in reality check by nagging and making him feel less of a man. E.g. You haven't paid Jnrs School fees, we haven't paid the mechanic, the rent is due, generator is bad, when are you getting a new job? , make sure you enroll for your masters. All these questions kill a mans Ego. When he is with his Mistress she has no business with these questions and she makes him feel like King Kong.

5️⃣ Men are like babies. They want everything new and shiny : Sidechicks are in tune with what's going on in town, the new songs, the new bars/clubs , new attires men are wearing, new hair cut, new sex positions, new slangs. When a man hangs out with his mistress he feels likes a young boy again, he feels like a university boy, she tells him to grow his beard, she tells him " who you epp" , she calls him " end time bae" , " Recession boy" things he has never heard before. But when he gets home his wife says " Good Morning Akin, how are you?" She makes dinner reservations for him at the same restaurant he has been to 1000 times. He starts looking at his own home as basic.

7️⃣Twerking : As silly and ordinary as the word "twerking" may be. Twerking is a reason for a lot of friction in relationships. Based on direct observation and hundreds of mails received on My Blog. Some Husbands want their wives to twerk, some wives are either horrible at twerking or they think it's beneath them. Hence there is a conflict. When a man finds a lady who can twerk for him daily he's dissatisfied with his wife and home. He starts seeing his wife as a bore.

8️⃣ Slay : As i mentioned earlier in point number 1, wives are very busy with a lot of responsibility. Hardly would you see a wife spend 200k on a pair of louboutins when she's got school fees to pay, salary and rent. Sidechicks are real life Beyoncé and Kim k. They wear the best and look the best. Because of this , husband are more inclined to takes their Mistresses out on dates more than their wives. A husband once told me, my wife can not even slay to kill a rabbit. "She will be wearing Aldo & Micheal kors upandan "

Summary:
Nothing can stop a man from cheating or having a million Mistresses. A wife can slay for breakfast, lunch and dinner and her husband still sleeps around. This article only highlights the reasons why some husbands act the way they do, in Psychology personality can not be changed once fully formed but only managed or curtailed based current variables. Be the best you can be as a wife and leave the rest to God. The areas where you think you're lacking, meet up.
#JoroMofin

Posted by Lawrencia at 10:20 am
Email ThisBlogThis!Share to TwitterShare to FacebookShare to Pinterest
Labels: Gists