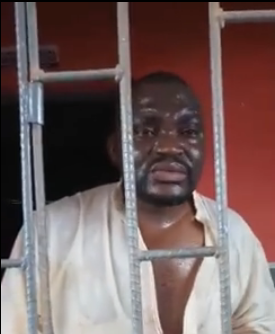 The state Police Public Relations Officer, Abimbola Oyeyemi, said the suspect was arrested on Thursday, following a complaint from one Cletus Ogah who reported the incident at Itele-Ota divisional headquarters of the command that his younger brother had stabbed their mother to death.

In a video Awoniyi shared, Emmanuel said he killed his mother who is a food vendor because she was in the habit of insulting him. He said she told people that he was sick and also “signed a form” stating same, adding that he should be taken to a psychiatric hospital.

He said people think he’s sick, meanwhile he did a research “only to discover that Jesus is the one that is sick”.

Emmanuel said when he asked the victim to tell her staff to wash his clothes, she refused. He added that when he asked her for food, she also refused to give him. He said those were the reasons why he killed her. “Why is she doing this to me?” he said.

He also admitted that she gave him food to eat the previous night.

Emmanuel was arrested after his elder brother, Cletus reported the case at the Itele-Ota Divisional Police Headquarters.

Emmanuel in his statement said that the deceased was in the habit of insulting him in the presence of her staff.

The state Police Public Relations Officer, Abimbola Oyeyemi said the Divisional Police Officer, Lukman Raheem led officers to the scene where Emmanuel was arrested after he locked up in the deceased’s shop.

In the video, Emmanuel said that he has been sacked from three different places where he was carrying out the mandatory one year national youth service for graduates.

He said he returned home the previous day after his former employer fired him.

Oyeyemi said that the corpse of the victim has been deposited in the Ota General Hospital morgue for autopsy, adding that the state’s Commissioner of Police, Ahmed Iliyasu, has order the transfer of the case to the State Criminal Investigation and Intelligence Department (Homicide Section) for continuation of investigation. 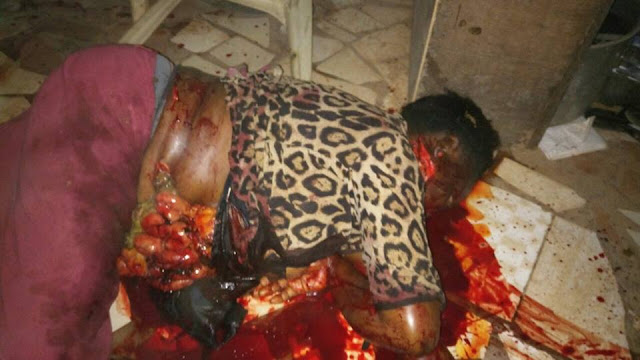 Posted by Unknown at 9:48 am
Email ThisBlogThis!Share to TwitterShare to FacebookShare to Pinterest
Labels: Crime