Nollywood Actor, Prince James Uche Passes On, After Securing A Visa To Commence Kidney His Transplant 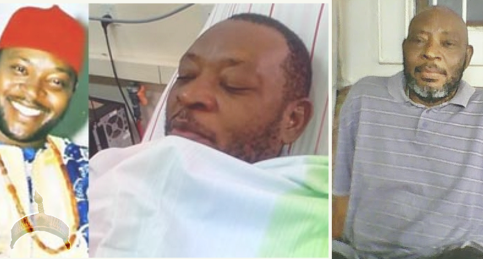 Nollywood actor, Prince James Uche is dead. Uche, who has been battling kidney disease, passed away on Wednesday. The deceased actor according to reports was billed to travel to India this Friday to commence treatment for his protracted illness.

Chidi Nwokeabia  who is a Nollywood producer and scriptwriter told Vanguard,

“I got calls from Torino and Sunny Mc Don earlier today that he died this morning few hours after securing a visa to India to commence his kidney transplant. He was to be accompanied on the trip by his son, doctor and the donor,” Nwokeabia said.


The actor, who had been in the hospital for about a year and seven months, required about N3 million to pay his hospital bill and N11 million for kidney transplant and eye surgery in India.

Posted by Unknown at 10:27 pm
Email ThisBlogThis!Share to TwitterShare to FacebookShare to Pinterest
Labels: Gists