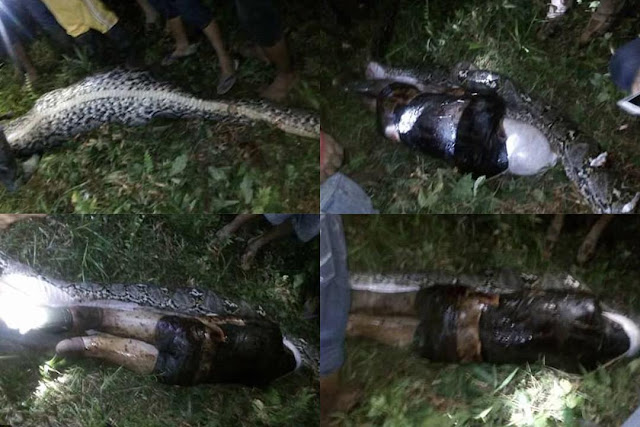 A missing farmer has been found dead inside the stomach of a four-metre long python in Indonesia’s West Sulawesi province, media reports said Wednesday.

Residents in Karossa district caught the snake on Monday while they were looking for Akbar, who had failed to return home after leaving his home to pick palm oil fruit in a nearby plantation the previous day, the Kompas daily reported.

When they cut the python open, the found the fully-clothed body of Akbar, 25, in its belly, the report said.

“His harvest scattered,” a resident, Satriawan was quoted as saying by Tribunnews website.

“Maybe he was attacked from behind.”

Posted by Lawrencia at 12:03 pm
Email ThisBlogThis!Share to TwitterShare to FacebookShare to Pinterest
Labels: InternationalNews