Tonto Dikeh Vows To Disgrace Her Husband Churchill On Social Media And Drag His Name To The Mud, Says Family Source 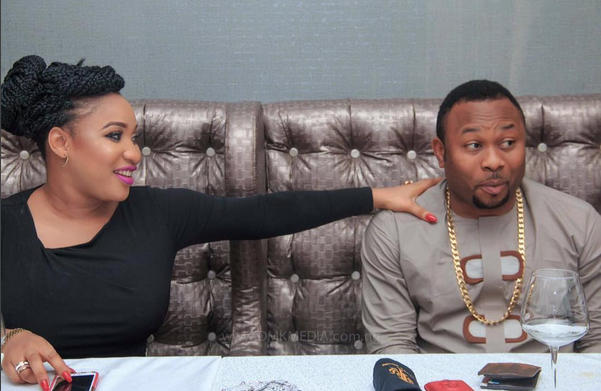 A source close to the Churchill family has described as laughable, claims by Nollywood actress, Tonto Dikeh that she bought her estranged husband, Olakunle Churchill, the vehicles they were driving.

According to the source, who chose to remain anonymous, Churchill is in possession of the keys and documents of the cars. “If she really did buy them, she should have taken the keys and receipts when she was leaving. No one knows why she is doing what she is doing. Maybe, she is using their son as bait and as a means to get sympathy from the people on social media,” the source said.

She did that because she wanted the NGOs to be joined together and handed over to her, so that she can use her celebrity status and run the whole show. Churchill, on the other hand, was passionate about the whole thing, as a way to help the masses and did not want it to be hijacked by someone who just wanted it for show,” the source continued.

The source further stated that when things got to a point where Churchill could not condone it any further, she boasted that she would use her overwhelming influence on social media to drag his name to the mud, then rubbish his foundation.

The source also said that there is no truth to the report that Churchill ever assaulted her as he never laid a finger on her. Recall that since news broke that her marriage has hit the rocks, the actress used the social media to pour her heart, the latest being that her husband infected her with STDs. #nollyzone

Posted by Unknown at 11:19 am
Email ThisBlogThis!Share to TwitterShare to FacebookShare to Pinterest
Labels: Gists