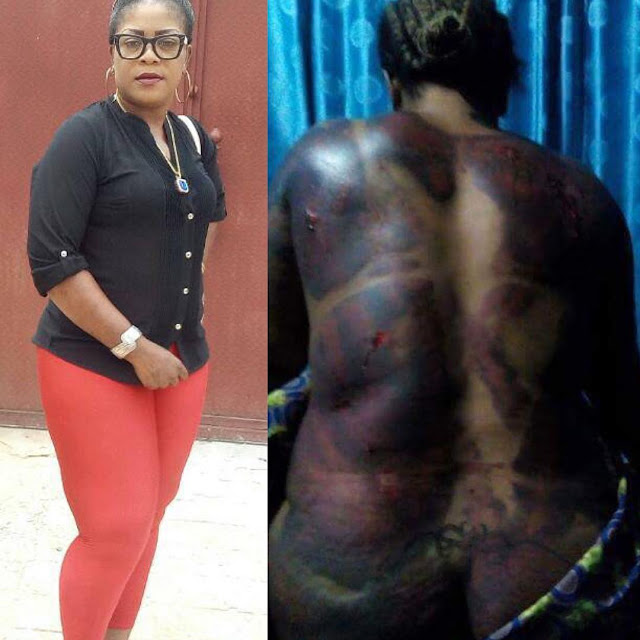 The 81 Division of the Nigerian Army on Wednesday said it had set up a Board of Inquiry, and detained six soldiers over the brutality of a woman in Lagos state.

The incident occurred on 12 March in Odoguyan, Ikorodu area of Lagos. It involved soldiers of 174 Battalion and the woman attacked has been identified in various reports as Ruth Orji.

The Punch had earlier reported that the Joint Legal Action Aids, which is representing her, has already sued the military authorities and asking for N250m in damages.

In their reaction to the incident, the military authorities failed to disclose the names of the victim and her attackers.

The Division’s spokesperson, Lt.-Col. Olaolu Daudu, in a statement said, “The attention of Headquarters 81 Division, Nigerian Army, has been drawn to the social media and Newspaper online reports on alleged brutalisation of a female by soldiers.

“The alleged incident is highly regrettable, even as the division under the Nigerian Army has zero tolerance for inhumane treatment.

“Discipline remains the bedrock of the Nigerian Military Profession.

“Consequently, a Board of Inquiry has been constituted by the Commander 9 Brigade, Brig.-Gen. Elias Attu.

“This is to investigate the circumstances that led to the incident, determine the level of the soldiers’ involvement, submit its findings and recommend appropriate disciplinary measures which will be communicated.

“The brutalised lady, name withheld, has been taken to hospital where she is responding to treatment.

“The six soldiers, also names withheld, are being detained in regards to the incident.

“The Division remains committed to its tasks as part of the constitutional mandate of the Nigerian Army.

“The Division continues to enjoin all to be law abiding and count on their support and cooperation.”

Posted by Unknown at 10:16 am
Email ThisBlogThis!Share to TwitterShare to FacebookShare to Pinterest
Labels: Crime