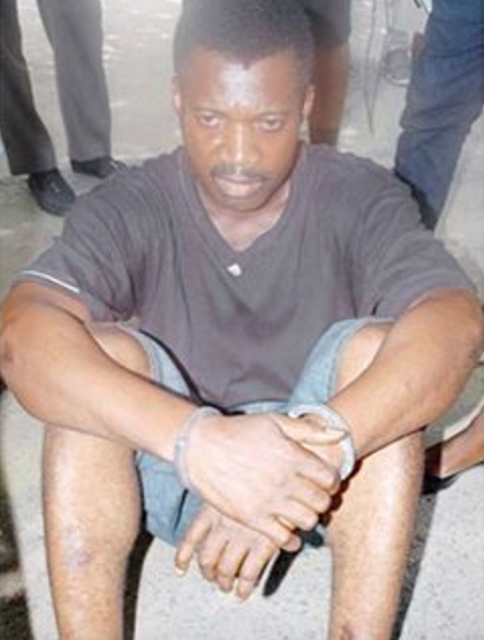 Victor Emmanuel, 45, who was arrested for having sex with a 13-year-old girl and putting her in the family way, has insisted that he did nothing wrong, NewTelegraph is reporting.

The suspect, a tailor, described the girl as his fiancée. According to him, he was already planning to marry her and has given her parents N20,000 and some drinks as part of introduction and marriage rites.

Emmanuel was arrested by detectives attached to the Ajangbadi Police Station after the victim’s school alerted them. The police said that the suspect raped the girl and described her as a minor.

Emmanuel, an indigene of Imo State, said: “I didn’t rape her! We are in a relationship. We’re even planning to get married. We have been dating for 8 months now. The girl’s parents know me. Yes, I know she’s pregnant for me.

I have accepted the pregnancy and I’m already taking care of her. I have started the marriage rites. In fact, the girl’s parents had been collecting money from me. I have paid N20,000 to them for introduction and to buy drinks.

The Investigating Police Officer (IPO), Sergeant Mary Ikumo, said that the victim’s parents claimed not to know or had ever set eyes on Emmanuel, alleging that their daughter, who is just in primary six, was raped by Emmanuel.

Ikumo said: “The mother of the victim said she didn’t know the suspect from Adam. The mother said that the girl used to hawk plantain and the suspect was one of her customers. He used to tip the girl N500 every time he buys plantain from her. One day, he pulled her into his shop and raped her.”

Posted by Lawrencia at 2:15 pm
Email ThisBlogThis!Share to TwitterShare to FacebookShare to Pinterest
Labels: Crime