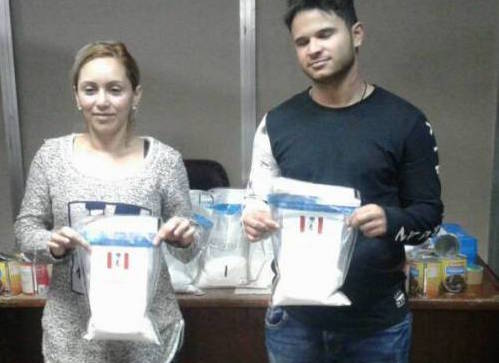 The suspects, who claimed to be tourists, had allegedly smuggled the drug weighing 23.9 kilogrammes in sealed cans into the country.

PUNCH Metro learnt that the narcotic, which was estimated at N310m, was found in their luggage during the screening of passengers on arrival at the airport.

The suspects were identified as Cristina Dos Santos, 36, and 20-year-old Lima Diego. While Dos Santos was found with 9.4kg of cocaine, 14.5kg of the drug was intercepted from Diego. 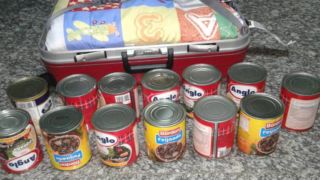 The NDLEA Commander at the Lagos airport, Ahmadu Garba, said the arrest took place during the inward screening of passengers on an Emirates flight.

He said, “Two Brazilians, a male and a female, have been arrested with cocaine. The suspects travelled from Sao Paulo, Brazil. During a search operation, a total of 23.865kg of canned cocaine was found on them.

“This is the first arrest of Brazilians with cocaine at the airport. The cans were factory-sealed such that officers had to cut them open to discover the concealed drugs. This development did not come as a surprise to narcotic investigators because drug cartels are always adopting new strategies of smuggling drugs. The suspects said they were in Nigeria to visit tourist centres.”

The NDLEA Chairman, Col. Muhammad Abdallah (retd.), who described the arrest and seizure as impressive, called on nations to intensify the anti-narcotics campaign.

“This is a clarion call for nations to work harder and deepen collaboration in the fight against narcotics. Collective efforts are required towards making local and international borders impenetrable by drug traffickers and other criminals,” he said.

Posted by Lawrencia at 10:35 am
Email ThisBlogThis!Share to TwitterShare to FacebookShare to Pinterest
Labels: Crime