Photos: Stephanie Otobo Releases BBM Chats Between Apostle Suleman And Herself, + Bank Statements Confirming He Deposited Millions Into Her Account Stephanie Otobo has made a new move to convince everyone that her claims about the founder of Omega Fire Ministry, Apostle Johnson Suleman, are right.

In a series of screenshots made available by Sahara Reporters, shows that the one time lovers enjoyed each other's company as they are seen calling themselves names like 'My bad habit', 'My jedijedi', 'My love', 'Naija Jollof', and so on.

See the chats inside... 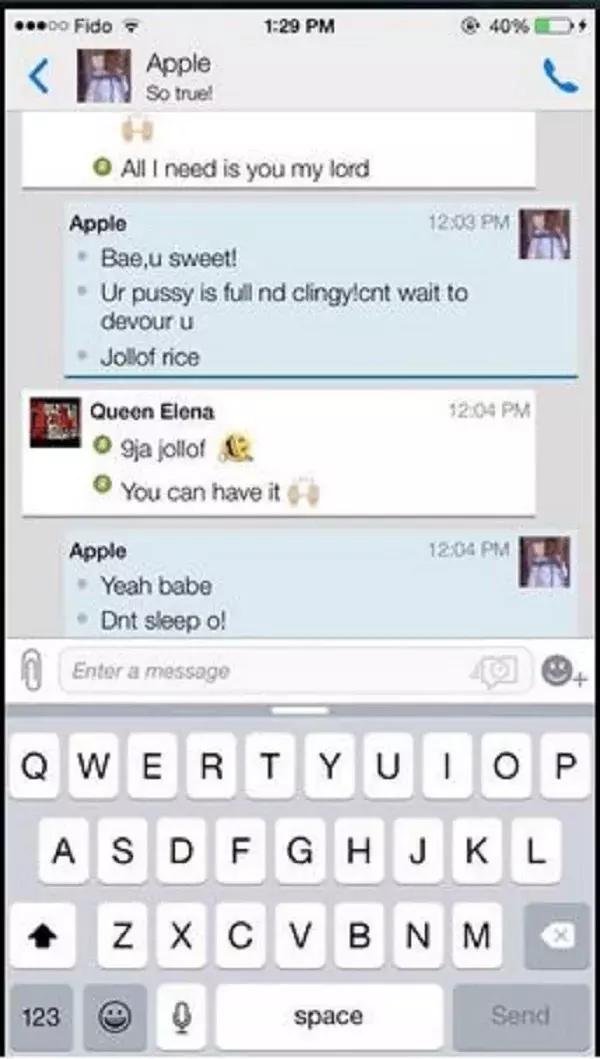 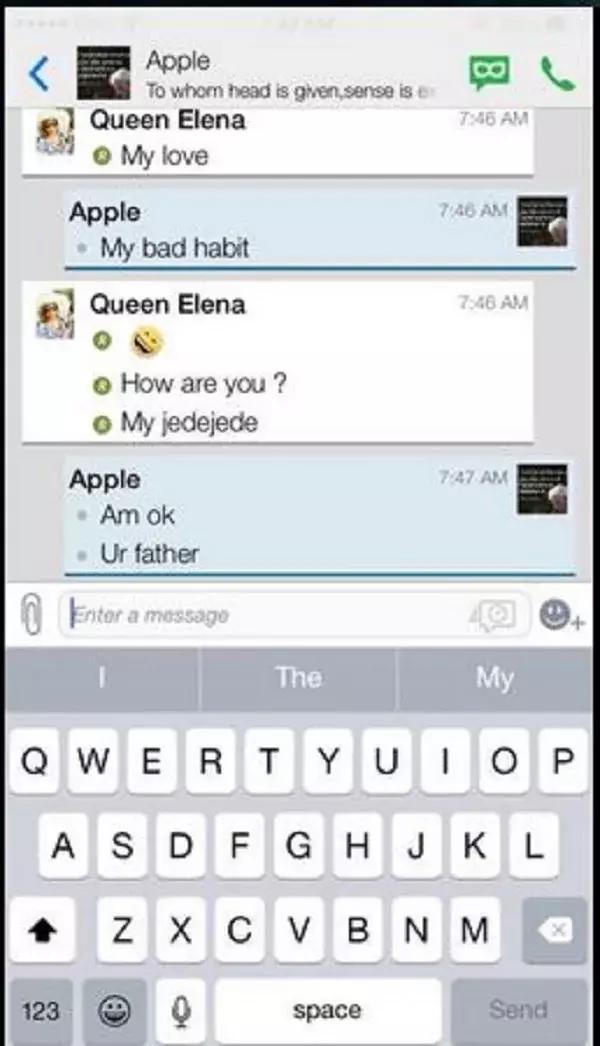 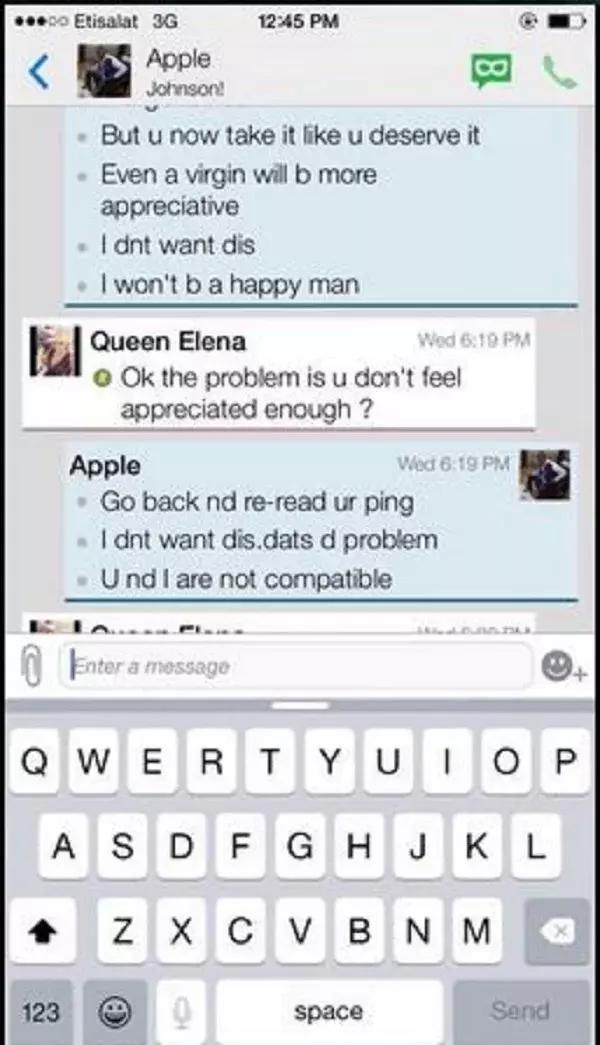 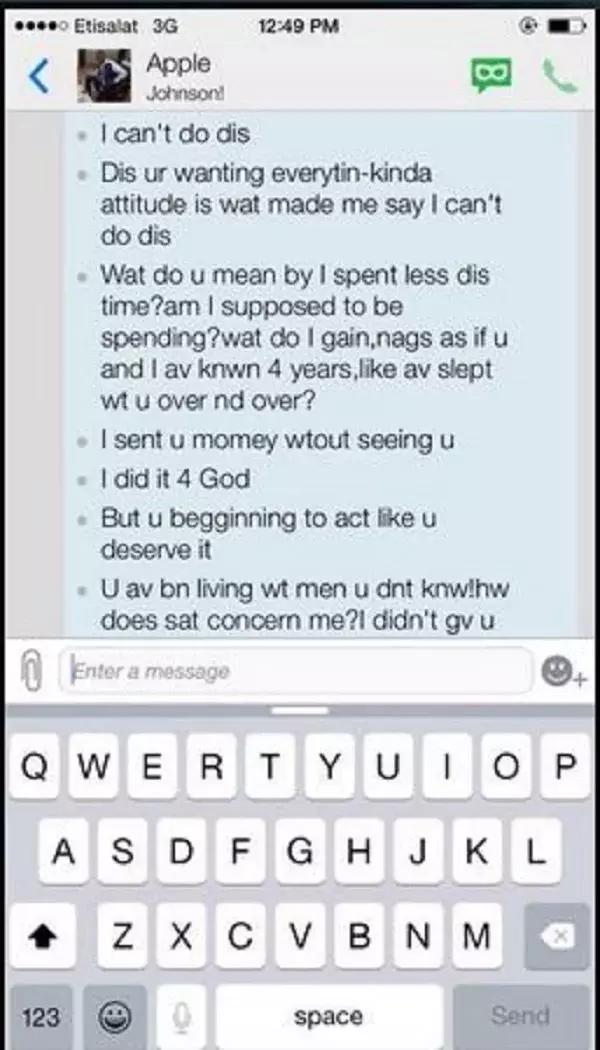 SaharaReporters few days ago obtained new evidence that Apostle Johnson Suleman, the leader of Omega Fire Ministries Worldwide, made several monetary deposits into the Nigerian account of Stephanie Otobo, the Canada-based Nigerian musician who was arrested by the police in Lagos in cooperation with the pastor.

A statement of bank account in the possession of SaharaReporters showed that in the period between June 1st and December 31, 2015, Apostle Suleman made direct deposits totaling at least N2million into Ms. Otobo’s account as their romantic relationship blossomed.

In November 2015, Apostle Suleman appeared to have changed the manner of depositing funds into the account, turning to using other people.   On November 4, one Adewunmi TO made a web-based deposit into the account.

Towards the end of 2015, another person, Gbenga Adegbadebo acting on Apostle Suleman's behalf, made three deposits: N340,000 on November 10; N238,000 on November 24; and N170,000 on December 10. Ms. Otobo also alleges Mr. Adegbadebo, a Nigerian based in Canada was us a conduit through which Suleman send hard currencies to her in Canada as Mr. Adegbadebo runs an unorthodox "money remittance company " between Nigeria and Canada.

Ms. Otobo also said that she did an HIV test in October 2016 in Canada when she got pregnant for Apostle Suleman with the aim of showing that she was HIV-free as she began stooling blood. She supplied the medical record to SaharaReporters.

Several persons knowledgeable about the situation have confirmed to SaharaReporters how Apostle Suleman engages in unbridled womanizing using funds collected from poor church members to pay off his lovers with luxury items and real estate.

Further investigations revealed that Apostle Suleman also bought a house for Ms. Okeke in the Mende neighborhood of Maryland, in Lagos from a fashion designer, David Eweje aka David Wej.  Since our exposure of that deal, attempts have commenced to sell the property.

Mr. Suleman has reportedly filed a defamation lawsuit against this website and Ms. Otobo as a way of intimidating others.  As one of his prayers, Apostle Suleman is said to be asking a Lagos court to issue an injunction stopping SaharaReporters from further publishing anything on him relating to his adulterous exploits.

Posted by Lawrencia at 1:37 pm
Email ThisBlogThis!Share to TwitterShare to FacebookShare to Pinterest
Labels: Gists