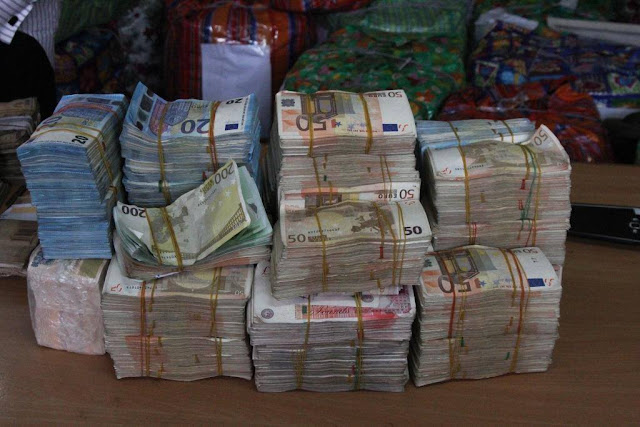 A tip from a whistle blower today led operatives of the Economic and Financial Crimes Commission, EFCC, to intercept huge sums of money in various currencies at the popular Balogun market in Lagos. The monies include €547,730 and £21,090 as well as N5,648,500 . The total haul is about N250m at the prevailing exchange rate at the parallel market.

The intercept followed information that about N250 million cash was being moved somewhere in the market for conversion into foreign currencies by unnamed persons. Operatives responded timely, met the money in Bureau de Change office, but a large chunk of it had been converted into Euro and Pounds sterling.

The BDC operators found in possession of the monies claimed they were acting on behalf of their boss who sent the money to them from one of the Northern states in Nigeria. Two persons apprehended in the course of the raid are helping the Commission in its investigation. 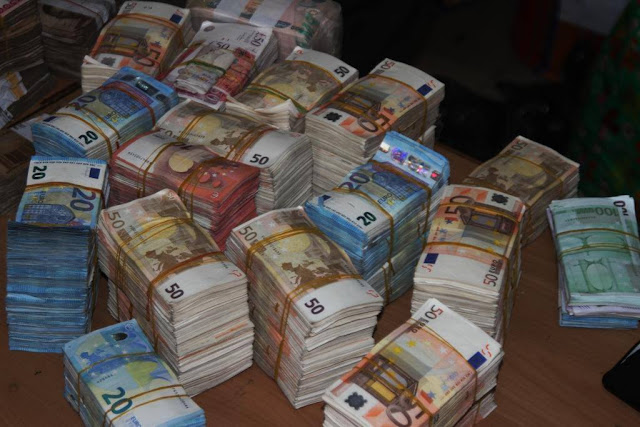 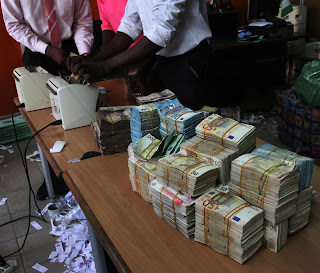 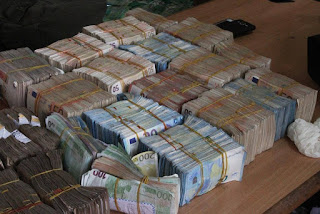 Posted by Lawrencia at 11:38 am
Email ThisBlogThis!Share to TwitterShare to FacebookShare to Pinterest
Labels: Crime