Run Away Bride: Lady Fails To Show Up For Wedding In Ondo State After Dating The Groom For Seven Years 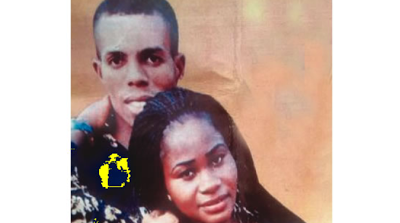 Forty-eight hours after the weeding between Miss Taiwo Orimoloye and Mr. Abiodun Isaac was stalled due to the alleged disappearance of the bride, the whereabouts of the bride is still unknown.

Taiwo failed to show up for the church service of her wedding ceremony on Saturday in Ondo town, thereby causing confusion for her family and the groom’s family. Guests, who were said to have travelled from far places to witness the occasion, left the venue disappointed following the alleged disappearance of the bride.

A source in the groom’s family told PUNCH Metro that the bride did not show any sign that she would do such a thing, saying the incident was a shock to both families.

He explained that Taiwo and Biodun had been dating for almost seven years without any disagreement between them, adding that they both finished from the Adeyemi College of Education, Ondo.

The source said, “The incident is still a mystery to everybody because both families have been having a smooth relationship. She had never dated anybody apart from Abiodun. She is a very good girl and both families consented to their union. There was no disagreement from any party.

“She did not show any sign that she would cancel the wedding. We were all at the church, expecting her. Even her father did not believe what happened because I don’t think she told her parents of her plan to boycott the wedding.

“They did not quarrel; both of them still spoke on the telephone on the eve of the wedding day. She did not give him any sign. She has not switched on her phone; we don’t know where she is.”

A source from Taiwo’s family said her mother had been discharged from the hospital where she was admitted to after collapsing due to shock.

Her father was said to have raised a search party to look for her.

All efforts to reach Abiodun were unsuccessful as he was said to have returned to his base in Lagos State.

Taiwo’s telephone lines were still switched off when our correspondent called her several times on Monday.

On getting to her residence at the Chris Land area, Oka, Ondo, our correspondent was prevented from reaching the family.

A neighbour said they did not want to comment on the matter.

Posted by Lawrencia at 11:15 am
Email ThisBlogThis!Share to TwitterShare to FacebookShare to Pinterest
Labels: NijaDrama